Justin Bere Sims, of Hobart, was charged this month with two counts of felony arson in connection with the March 17 incident. 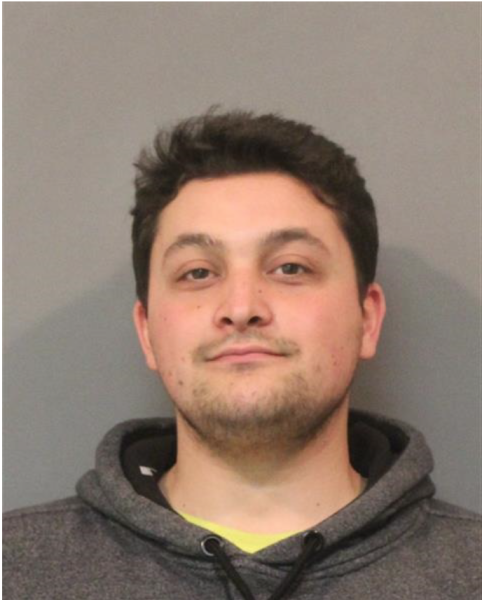 SCHERERVILLE — A 24-year-old military man is accused of setting a neighbor's car on fire over a road rage incident involving his girlfriend and an altercation over bullying of school kids.

Justin Bere Sims, of Hobart, was charged this month with two counts of felony arson in connection with the March 17 incident.

Home surveillance video and witnesses statements show Sims was allegedly seen pouring gas into a clear bottle and telling someone he was going to “blow (expletive) up,” according to court records.

The victim told police he walked into his house in the 7700 block of Mount Street the night of March 17 after smoking a cigarette in his driveway. Minutes later, he said someone started banging on his door that his car was on fire, records state.

Fire and police officials were dispatched at 9:45 p.m. and extinguished the victim's silver 2000 Pontiac Firebird.

Sims allegedly poured an accelerant-type liquid from a bottle under the driver's side door and ignited it on fire, after which the car immediately burst into flames, records state.

Later that night, the victim called the Schererville Police Department to inform detectives he discovered a plastic bottle in his garbage cans with a gasoline-like odor to it, records state.

The victim added that some time after the fire, he noticed his female neighbor driving a silver Cadillac SUV past his house who appeared to be “checking out his home, “the report states.

The victim further explained that last summer, his wife was assaulted when she went to that woman's home to speak about her son bullying children at the local school, the report states.

The victim said after filing a police report over the alleged assault, he said he hadn't seen the woman until recently when he had a traffic altercation with her just days prior to the fire.

He said he was southbound on Burr Street and stopped a red light when he heard the woman in the same silver Cadillac shouting something about him tailgating her.

The victim said he replied, “I wasn't riding your (expletive), learn how to drive you stupid (expletive),” to which she allegedly shouted back: “Oh you're a big man, you want to flex on a female,” the report states.

Witnesses told police Sims could be seen in his backyard pouring liquid into a Gatorade bottle, and when asked what he was up to, Sims allegedly replied: “I'm about to blow some (expletive) up,” the report states.

Sims allegedly appeared nervous in an interview with Schererville police, and reportedly lied about his whereabouts the night of the arson fire, court records state.

He claimed he was released from fitness camp at the U.S. Army's Camp Atterbury in south central Indiana at midnight March 18 — after the victim's car was set fire.

He claimed he didn't arrive in Schererville until 3 a.m., though the friend he was driving with told police they arrived at about dinnertime March 17, the report states.

A check of a license plate reader system showed the car Sims was driving was in the area long before midnight.