A Fort Stewart soldier died Dec. 12 of injuries he suffered last week while participating in a nighttime live-fire training... 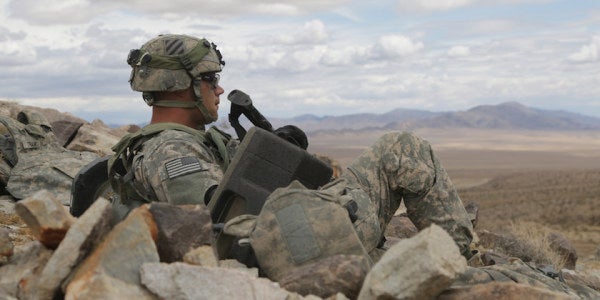 Sgt. Michael T. Trask died in a hospital in nearby Savannah from the injuries he sustained Dec. 6 during the training event, said Kevin Larson, a spokesman for Fort Stewart. The Army is investigating the incident and declined to provide any additional details, including how Trask was injured, Larson said in a prepared statement.

Trask, 31, was an infantryman assigned to the 3rd Infantry Division, according to the Army. He was a veteran of the wars in Iraq and Afghanistan and had been assigned to Fort Stewart since December 2015. He is survived by his wife.

Lt. Col. Justin Harper, the commander of Trask’s battalion, called Trask an “outstanding soldier” who helped teach the soldiers around him.

“His experience and personal example were instrumental in developing his unit into a cohesive team,” Harper said in a prepared statement.

Trask was posthumously promoted to sergeant, according to the Army. Some of Trask’s awards and decorations include the Army Commendation Medal, Afghanistan Campaign Medal, Iraqi Campaign Medal and the Combat Infantryman Badge.

His death was at least the second of a soldier this year that occurred during a live-fire training exercise.

Army Spc. Matthew R. Turcotte was shot and killed in August during a nighttime combined-arms, live-fire training exercise at Fort Carson in Colorado.

Army officials described the incident as accidental and said at the time that the service was investigating. The results of that investigation have not been released to the public.