No one close to him knows exactly how Sgt. 1st Class Wilton "Pappy" White was removed from the Ranger Hall of Fame, which honors the best of the elite U.S. Army Rangers 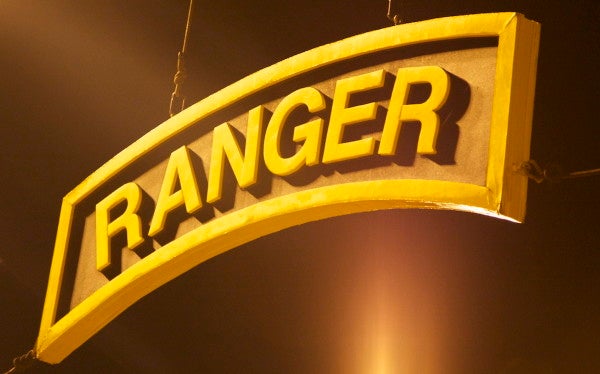 DEFUNIAK SPRINGS, Fla. — No one close to him knows exactly how Sgt. 1st Class Wilton “Pappy” White was removed from the Ranger Hall of Fame, which honors the best of the elite U.S. Army Rangers.

There was, however, enough question about his mysterious removal nearly 20 years ago that the work of fellow Rangers and others in the intervening years got White reinstated to the Hall of Fame earlier this month, in ceremonies at Fort Benning, Georgia.

Sadly, White — who lived out his retirement years in DeFuniak Springs, and died in 2003 — wasn't around to see his name restored to the Ranger Hall of Fame. Instead, his widow, Floried White — now 90 years old and a fierce advocate for her husband's reinstatement — accepted the honor on his behalf.

“It was a beautiful ceremony that they did,” she said in a recent interview, genuinely happy that her husband had taken his place in the Ranger Hall of Fame. Still, his removal so many years ago clearly rankled her.

“I think they should have been proud to have had a man like that,” she said.

White was a pioneer in the Ranger world who would later become a legend among those troops. He was an early Ranger, volunteering for the 6th Ranger Battalion in 1941. His World War II service included numerous operations behind enemy lines. Later, he volunteered for Vietnam, where his World War II experience in Philippine jungles helped minimize U.S. casualties.

As best as any of the people who knew White can tell, members of the selection board for the Ranger Hall of Fame, an initiative of the U.S. Army Ranger Association — of which White was a founding member — began entertaining questions about part of White's service record following his 1998 induction.

Retired Army Lt. Col. Jim Tucker, who knew White well, said those questions centered on whether White was part of the noted World War II raid on Cabanatuan, a Japanese prison camp in the Philippines. The raid, conducted 30 miles behind enemy lines by 100 Rangers selected for the mission, freed more than 500 Allied prisoners.

Like other friends and admirers of White, Tucker became aware of White's ouster from the Hall of Fame long after the fact.

White was notified at some point that his induction into the Ranger Hall of Fame was being reconsidered, but at the time, he was dealing with cancer and his daughter, Diane, also was struggling with a serious disease.

“He didn't have the strength to even try to explain,” Floried White wrote in a 2011 letter to the U.S. Army Ranger Association. And, White wrote, her husband never expressed any bitterness “because he loved the Rangers and didn't want any black mark to go against (them).”

Also in her letter, White made the same case as Tucker. “During War Time orders were not always accurate and apparently this time they were not either,” she wrote.

But she also made a personal case for her husband's reinstatement. “He WAS on the Cabanatuan raid,” she wrote. “No POW or anyone else can tell me any different. WHY? Because he told me about this Raid when he first came home from WW II and no books had been written at that time. I believed him because he was a man of Honor. You should have too.”

The Hall of Fame selection board looked at its own records, Ranger records and other federal military records, and allowed White to be renominated late last year. On July 10 at Fort Benning, White became one of 15 Rangers named to the Hall of Fame. According to Utter, who attended the ceremony, the prevailing sentiment was that “the right thing had been done.”

For Tucker, the securing of White's place in the Hall of Fame marked something more — the figurative keeping of a solemn duty among soldiers.

“The most important thing is that you never leave a buddy behind,” Tucker said.