Two inmates have been charged with blackmail. 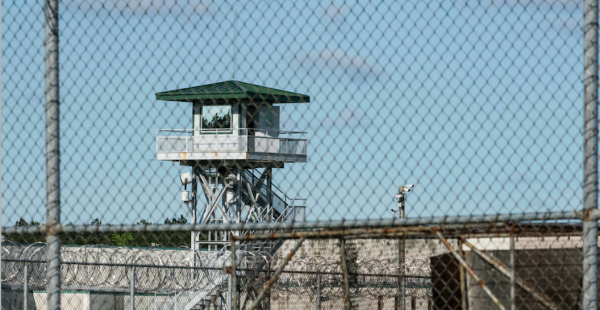 COLUMBIA, S.C. — Months after a U.S. Army veteran killed himself in his Greenville apartment, police officers have charged several inmates involved in a so-called “sextortion” scheme that investigators say may have driven him to the brink.

But Lee Correctional is one of few prisons that employs a $1.5 million system that is supposed to block unauthorized cellphones from sending calls, texts or other communications to the outside world.

The incident is one of at least two instances in which inmates were able to get around the new system, which was installed in the wake of the deadly 2018 riot at Lee Correctional.

Tuesday, investigators at the Department of Corrections were alerted after several inmates posted a live-stream on Facebook from the inside of the maximum-security prison. At the time, officials at the department said they were not sure how inmates were able to get around the system.

During a news conference Friday, attended by Johns' parents, Director Bryan Stirling said that certain signal frequencies aren't stopped by the managed access technology. About a month ago, several phones made their way into Lee Correctional that could successfully circumvent the system, he added.

Stirling advocated hard for Congress to pass a bill that would allow cellphone jamming in prisons across the country, something that is currently prohibited.

“They shouldn't be here today,” Stirling said. “There is a simple solution we've been advocating for since I got to the Department of Corrections. It's to jam these cellphone signals.”

Johns committed suicide Sept. 11. During the course of the investigation into his death, police found several explicit text messages that appeared to be from a young woman, police chief Miller said.

They also found messages from people posing as the woman's parents, stating that the daughter was underage and they would not press charges against Johns if he paid for their silence, Miller said. There was also evidence of calls from people claiming to be local police officers, he added.

The messages — which were all allegedly sent by inmates John William Dobbins and Carl Richard Smith — “created sufficient mental anguish because Jared believed he was going to be accused of a serious crime with life-long implications,” Miller said. Police believe Johns did not know he was being blackmailed.

Dobbins and Smith have both been charged with blackmailing the young veteran.

The incident was part of a larger scheme orchestrated by South Carolina's inmates. More than 400 military service members were affected by the “sextortion” charade, which used dating services to blackmail veterans out of more than $560,000.

“They are physically incarcerated, but as we see here today, they are virtually out there amongst us,” Stirling said.

SEE ALSO: South Carolina Inmates Scammed Service Members Out Of Half A Million In A Massive Sextortion Ring