"We will likely discharge the soldier as there are different qualifications for men and women to meet in joining the military." 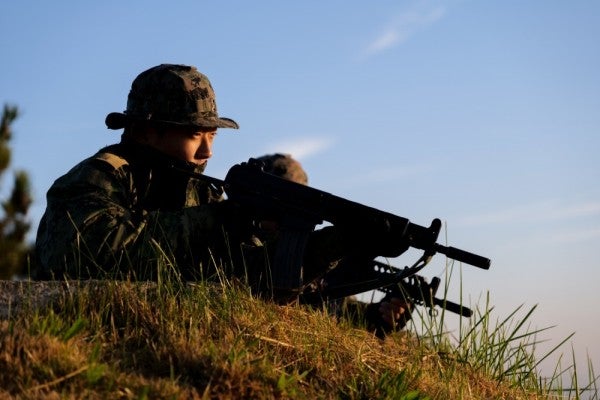 SEOUL (Reuters) – South Korea's military said on Thursday it will hold a meeting to discuss whether it will discharge the first soldier to have undergone gender reassignment surgery, which has sparked national debate about the treatment of LGBT troops.

The soldier, who holds the rank of staff sergeant and is stationed in Gyeonggi Province, north of Seoul, received the operation overseas last year while on leave, and expressed hope to continue serving in the female corps, an army official said.

The military has not identified the soldier. The official said the soldier was at a military hospital receiving post-surgery treatment.

The military will hold discussions as early as next week to decide on the soldier's fate as there are no regulations in Korea concerning transgender troops, the official said.

“We'll have to see it as a partial change in the body which we apply for those who were injured in accidents,” the official told Reuters. “We will likely discharge the soldier as there are different qualifications for men and women to meet in joining the military.”

The case has triggered debate over the treatment of transgender troops and soldiers from the wider LBGT community in the country, which requires all able-bodied men to serve for around two years.

Gays are not banned from the South Korean military but sex acts between two male soldiers are punishable by up to two years in prison.

Online portal sites showed mixed reaction to the transgender soldier's case, with some supporting the “courageous decision” while others saying the soldier should be discharged and reapply to join the female corps if necessary.

Human rights groups, including Human Rights Watch and Amnesty International, have criticized South Korea's military for discriminating against LBGT troops. The Seoul-based Military Human Rights Centre accused the military of treating LBGT troops “as if they are criminals” or people with disabilities.

“The staff sergeant is a young soldier who has the loyalty and service spirits for the country and the people that are second to none, and loves the military more than anyone,” the group's head Lim Tae-hoon told a news conference in Seoul.

“We strongly urge the military should turn over a new leaf by deciding to let the officer continue service.”