WASHINGTON — The Pentagon is requesting about as much money for overseas operations in the coming fiscal year as in... 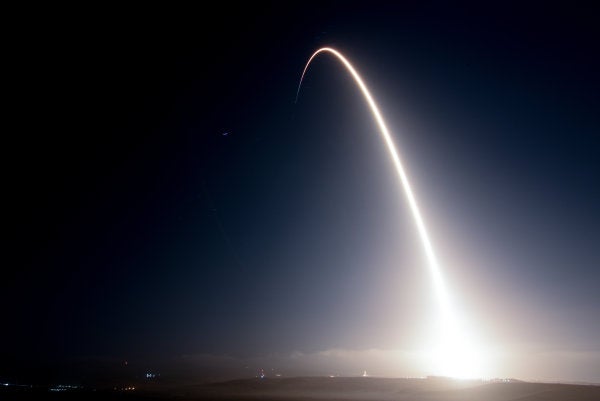 Maj. Gen. John Pletcher, a top budget official in the Air Force, under which the nascent Space Force falls, told reporters this week the money is needed to pay for three missions.

One is counter-space operations, which means systems and tactics for defending satellites from adversary efforts to disable them. The second is satellite communications in support of military operations abroad. The third is operating and maintaining missile-warning satellites like the ones that reportedly detected an Iranian missile attack last month on bases where U.S. troops were deployed in Iraq.

The $77 million request in “overseas contingency operations” money is a small part of the $740.5 billion national defense budget request for fiscal 2021 and is tucked away in the $15.4 billion piece of it slated for Space Force, almost all of which previously went to the Air Force.

The funding illustrates key facts about the defense budget and modern warfare.

First, the $77 million Space Force war money would be for what Pentagon officials call “enduring requirements,” which signifies activities happening either overseas or in the United States that would likely occur whether or not U.S. troops were deployed to Afghanistan, Iraq, Syria or any of several African countries.

All told, 70% of the Pentagon's fiscal 2021 war request of $69 billion is either not for war at all or it is for activities only tangentially related to combat, according to budget documents released this week.

That split has not changed much in recent years. Still, its continuation shows how the overseas account continues to be a safety valve for the Pentagon in a time of limited — though sizable — budgets.

Until recently, the Pentagon did not disclose how much of its overseas budget was not directly tied to combat operations.

“The difference is just that DOD is being more explicit and transparent in how OCO funding is being used,” said Todd Harrison, a budget expert with the Center for Strategic and International Studies.

The Space Force war funds also show the extent satellites are increasingly a central part of the American way of war — enabling the U.S. military to locate adversaries and track their movements and to accurately aim U.S. weapons, among many other effects.

“The wars we are fighting today have a space component to them already,” Harrison said. “A non-state actor does not need to have space capabilities of its own to fight us in space — they just need the ability to attack or interfere with our space systems. And non-state actors have already shown the ability to do things like jam our satellite communications.”