The Space Force is moving ahead with a crucial national security launch Thursday, even as installations around the country telework due to COVID-19. 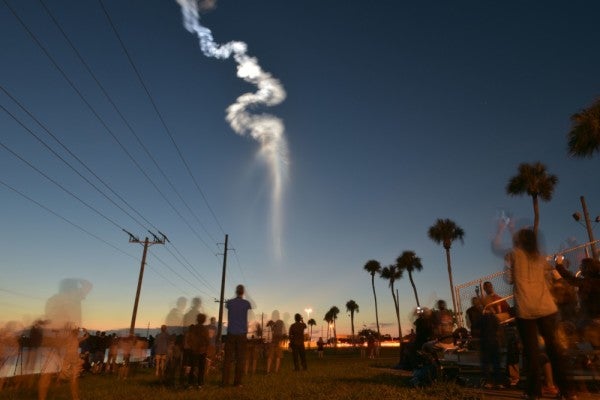 The U.S. Space Force is moving ahead with a crucial national security launch Thursday that remains on track, even as installations around the country move to telework due to the coronavirus outbreak.

Brig. Gen. Douglas Schiess, the commander of the 45th Space Wing and the Eastern Range at Patrick Air Force Base on the Space Coast, said during a press call Tuesday that the Eastern Range doesn’t yet expect any schedule disruptions due to coronavirus, and national security launches, in particular, will continue to have the top priority moving forward.

Thursday’s launch falls into that bucket: A United Launch Alliance Atlas V rocket is scheduled to launch the sixth and final Advanced Extremely High Frequency (AEHF) communications satellite for the Space Force’s Space and Missile Systems Center, a critical spacecraft that provides communications for American, British, Canadian and Dutch troops on the ground, air and sea around the world.

ULA has a two-hour time window to launch from Cape Canaveral Air Force Station’s launch complex 41 that opens at 2:57 p.m.

The satellite is the last in a series built by Lockheed Martin as part of the $15 billion AEHF program. The satellites have been launching on ULA rockets since 2010. They’ll replace the current set of MILSTAR satellites in orbit since the early 2000s. One satellite in the AEHF constellation will have more capacity than the entire set of MILSTARs.

The mission will also be the first national security launch for Space Force, the newly formed branch of the U.S. military dedicated to space warfare.

Gary Wentz, ULA’s vice president of government and commercial programs, said in a press release the ULA team is proud to launch the first national security mission for Space Force.

“In the current dynamic environment, national security is of utmost importance,” Wentz said.

Nearby, Kennedy Space Center announced Monday it had one positive case of coronavirus contracted by an employee who had last been on site more than 10 days prior. Kennedy remains at a Stage 3, meaning employees are required to work from home, and only mission-essential personnel are allowed on site.

At Cape Canaveral Air Force Station, Schiess said teams are “doing everything we can to limit interactions between crews.” For example, one team will work Thursday’s mission while a different group will come in for the next launch.

If Kennedy Space Center were to move to a Stage 4, at which point all facilities will close and only a very limited group of mission-essential personnel would be allowed on site, Schiess said KSC director Bob Cabana has assured him “they’re going to do everything they can to continue the mission for national security space.”