President Trump has signed the Space Force into existence 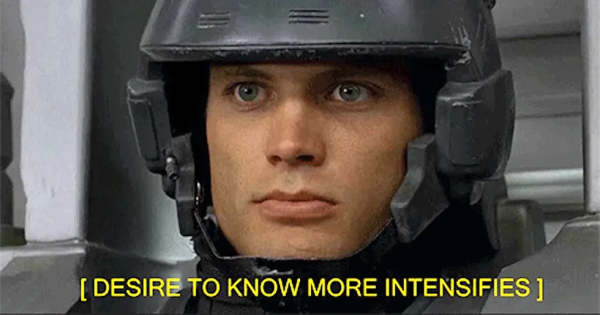 During the signing ceremony, Trump appointed Gen. Jay Raymond as the first Chief of Space Operations. Raymond, who also leads U.S. Space Command, will report to the secretary of the Air Force and sit as a member of the Joint Chiefs of Staff.

Throughout the next 18 months, the U.S. Air Force will further identify the appropriate personnel to transfer branches and become U.S. Space Force service members.

“All airmen currently assigned to Air Force Space Command will now be assigned to U.S. Space Force (USSF),” the service outlined in a document Friday ahead of the NDAA enactment.

Those service members will retain their rank or grade and their pay remains the same, officials said.

“[The move] will not affect time-in-grade or retirement eligibility,” the document says.

Air Force officials, discussing the move on background Friday, told reporters that Space Force cadre members will follow Air Force protocols when it comes to day-to-day activities, standards and requirements like physical training. But as personnel form their own Space Force culture, policies — and someday, uniforms — will be amended.

Raymond said there are now plans in motion to redesignate Air Force units with a space-only mission, and realign bases for the space mission.

For example, “Patrick Air Force Base” may be renamed “Patrick Space Base,” or something to that effect, the general said during a briefing at the Pentagon.

While USSF will be headquartered in the Pentagon, some of those bases are also under consideration to house the Defense Department's newest unified combatant command, U.S. Space Command, which is responsible for planning and conducting space military operations. A large portion of SPACECOM's work is currently being conducted at Peterson, which was originally home to the now-defunct Air Force Space Command.

More information will be forthcoming on how troops may be called to support Space Force in a transferred or assigned capacity, according to the document.

For example, an airman who is “assigned” is a “person who performs work in support of a specific mission, in this case the U.S. Space Force; a 'transferred' individual in this situation is someone who has changed their enlistment or appointment as an officer from one particular branch of the Armed Forces to another,” the document states.

Soldiers, sailors or Marines who support space operations and want to be a part of Space Force may request an interservice transfer. The service member's chain of command will make decisions “based on the member's ability to perform the new mission and the needs of both gaining and losing services,” according to the document.

Alongside Raymond, Air Force Secretary Barbara Barrett said while Pentagon and Air Force officials will be working efficiently to create the military's sixth service branch, it will still be done in phased approaches, especially considering that the full $72 million request was cut short by $32 million in the appropriations defense bill.

“It's less than what was requested, but we'll quite ably work with the amount that was appropriated,” she said.

Congress mandated the newly established service would be required to use existing personnel, preventing the Pentagon from making new hires in the beginning to limit redundancy and bureaucratic bloat.

There is opportunity to amend the structure as planners move forward, Raymond said.

“We've looked at and we continue to look at the organizational constructs to build this force in a way that is consistent the way we need to operate successfully,” he said.