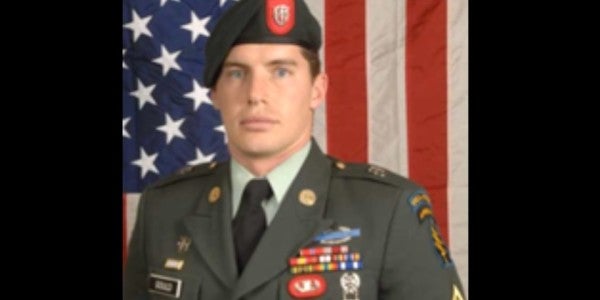 An Army 7th Special Forces Group (Airborne) soldier faces trial next month in U.S. District Court in Pensacola, Florida, on two counts of conspiring in the trafficking of cocaine.

Master Sgt. Daniel J. Gould was indicted last month by a federal grand jury. The indictment was sealed until Tuesday after Gould entered pleas of not guilty to the charges. His trial is scheduled for 8:30 a.m. Nov. 13 in Pensacola, according to Amy Alexander, public information officer for the U.S. Attorney's Office for the Northern District of Florida.

Gould could face sentences ranging from 10 years to life on each charge, Alexander said.

Specifically, the first count of the indictment alleges that between Jan. 1 and Aug. 13 Gould “did knowingly and willfully combine, conspire, confederate and agree with other persons to distribute a controlled substance … containing a detectable amount of cocaine, intending, knowing and having reasonable cause to believe that such a substance would be unlawfully imported into the United States … .”

The second count mirrors the language of the first count, additionally alleging that Gould conspired “to distribute and possess with intent to distribute” a “substance containing a detectable amount of cocaine … .”

The September indictment came a little more than a month after reports surfaced that Gould allegedly had attempted to smuggle cocaine into the United States from Colombia. Gould reportedly was arrested after two “heavy bags” filled with nearly 90 pounds of cocaine were intercepted at the U.S. Embassy in Colombia. The “heavy bags” — punching bags used by athletes — reportedly were bound for an aircraft heading to Eglin Air Force Base, headquarters of the 7th Group.

The bags were intercepted by another Special Forces soldier who was suspicious of its contents. The cocaine was discovered after the bags were X-rayed by Colombian officials.

Colombia is part of the 7th Group's area of responsibility, but Gould had been on vacation — not on military duty — before the discovery of the punching bags. He already was back in the United States when the bags were intercepted.

Gould was contacted by U.S. law enforcement authorities after the discovery, but until Tuesday's release of the indictment and the report that Gould faces trial next month, military and civilian officials had not commented on the case in any detail.

The U.S. Drug Enforcement Agency led the investigation into the alleged cocaine smuggling, with assistance from the Army's Criminal Investigation Division, Colombian authorities and the U.S. Attorney's Office for the Northern District of Florida.

A few weeks ago, Colombian newspaper El Tiempo, citing informed sources and their own investigative work, reported the DEA was “trying to reconstruct what … Daniel James Gould did between August 4 and 12 in (the Colombian city of) Cali.” El Tiempo also contended “the efforts of the DEA (were) focused on establishing who helped Gould get and move the (cocaine).”

According to a 2010 Army news release, Gould was awarded a Silver Star, the nation's third-highest military honor, for actions during the 7th Group's 2007-08 deployment to Afghanistan. The 7th Group moved from Fort Bragg, North Carolina, to Eglin Air Force Base in 2011.