U.S. Special Operations Command is on the hunt for a brand new battlewagon. 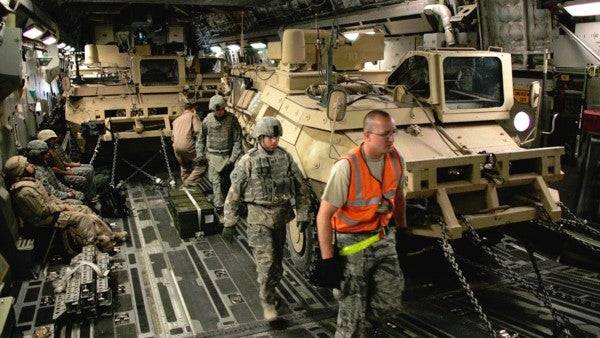 U.S. Special Operations Command is on the hunt for a brand new battlewagon.

SOCOM has issued a request for information for the command's new Joint Armored Ground Mobility System (JAGMS) program that's intended to procure a new armored tactical vehicle for use by ground troops.

According to the RFI, the new armored vehicle must be able to accommodate between 9 and 11 passengers, be easily transportable by the C-130 Hercules transport plane, and meet the command's classified survivability requirement.

The purpose of this RFI “is to determine the types, suitability, and maturity levels of armored vehicles available in the marketplace,” the notice states.

The AGMS is utilized by the Army's 1st Special Forces Operational Detachment-Delta (SFOD-D), or Delta Force, and “in limited use” by the 75th Ranger Regiment, per Army Recognition.

SOCOM has been eyeing a new armored tactical vehicle for at least a year. In February 2019, SOCOM officials revealed plans for a Next Generation Armored Ground Mobility System program intended to replace the Pandur 1 as SOF's ground vehicle of choice.

Here's The War Zone on exactly what SOCOM is looking for:

The requirements for the Next Generation AGMS call for an unspecified “heavy weapons capability” using a remote weapon station, and a desire for “improved situational awareness.” Though not specific, these both point to a demand for special operators to be able to operate effectively from within the confines of the vehicle with its hatches closed.

Improved situational awareness could also involve the installation of improved communications and networking capabilities. This would allow the crew to quickly share information about their position, enemy movements, and other items of interest to build a better picture of the battlefield around them.

A remote weapon station could be an easy path to adding increased firepower, as well. The original AGMS can only carry one heavy weapon, such as a .50 caliber M2 machine gun, 40mm Mk 19 automatic grenade launcher, or TOW anti-tank missile launcher at a time

You can read up on the murky history of SOCOM's AGMS fleet at The War Zone here.