Having recently hit its target of hiring 10,000 veterans, Starbucks just announced plans to hire 15,000 more. Starbucks announced at its … Continued 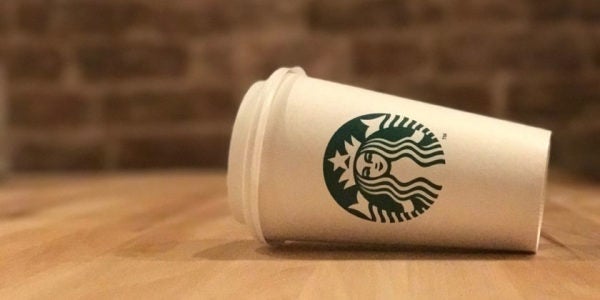 Starbucks announced at its annual shareholders' meeting on Wednesday that it hit its initial goal of hiring 10,000 veterans and military spouses one year ahead of the company's 2018 deadline. The coffee chain is aiming to accomplish its new goal of hiring a total of 25,000 veterans by 2025.

The news comes after the chain received backlash for its plan to hire 10,000 refugees globally in the next five years. In response, some customers started a #BoycottStarbucks campaign on social media.

In February, the coffee giant's consumer perception levels fell by two-thirds after CEO Howard Schultz announced the company's plans to hire refugees in late January,  according to YouGov BrandIndex.

Some customers thought that the coffee chain was hiring refugees instead of veterans, though Starbucks clarified that was incorrect.

Schultz, who will officially step down as Starbucks' CEO on April 3, has been known for his progressive politics, supporting Democratic candidate Hillary Clinton's presidential campaign.

“Coffee has no political allegiance, but Starbucks under Schultz's leadership has been unwavering in its support of liberal causes to the detriment of its brand and shareholder value,” Danhof, who is a shareholder, said in a statement prior to the meeting. “As Schultz is set to retire next month, it remains to be seen if his successor will work to unite Americans and make Starbucks more inviting to conservative and libertarian consumers, or if the company's new leadership will continue Schultz's divisive politicking.”

Despite backlash, Starbucks has remained committed to its plan to hire refugees.

On Wednesday, the company announced partnerships with organizations dedicated to helping refugees develop skills and find jobs, including the International Rescue Committee, the UN Refugee Agency, and No One Left Behind. Starbucks also formally joined the the UN Refugee Agency's #WithRefugees campaign, to express solidarity and support for refugees.

“Starbucks' strong financial performance over the last 25 years as a publicly traded company has allowed for strategic investments in social impact initiatives – driving greater connection between partners and the millions of customers it serves in 75 countries worldwide,” the company said in a statement announcing its veteran and refugee hiring commitments.