More than a dozen U.S. states sued President Donald Trump’s administration to block $3.8 billion in 2020 military funding from being diverted to the construction of a U.S. border wall with Mexico. 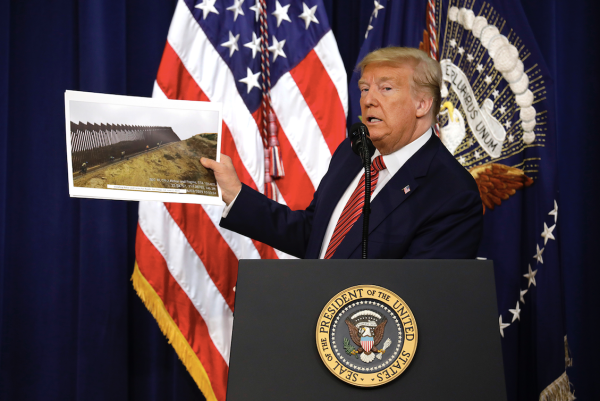 More than a dozen U.S. states sued President Donald Trump’s administration to block $3.8 billion in 2020 military funding from being diverted to the construction of a U.S. border wall with Mexico.

The lawsuit was filed Tuesday in federal court in Oakland, Calif., just days after the American Civil Liberties Union and a national environmental group filed a similar lawsuit over Trump’s end run around Congress. House Democrats haven’t given him the funding he wants for the project.

“Congress has repeatedly and explicitly rejected taxpayer funding for a wasteful Trump wall along the border,” California Attorney General Xavier Becerra said in a statement. “We’re going to court — once again — to remind Donald Trump that even the president is not above the law.”

The federal court in San Francisco last year repeatedly found that Trump’s initial transfer of more than $6 billion in military funds for the wall was unlawful. The president notched a win in July, however, when the Supreme Court said he could use some military funds while lawsuits were pending.

Trump has shown a “flagrant disregard of fundamental separation of powers principles ingrained in the United States Constitution,” the states say in the complaint. The latest diversion of military money will strip the National Guard of much-needed funding, they say.

Trump and Republican allies have argued that a border wall with Mexico is urgently needed to stem the flow of tens of thousands of undocumented immigrants entering the country illegally from Central and South America. The administration has argued the immigrants are a drain on taxpayer resources and a threat to public safety.