A military Humvee stolen from the Ohio National Guard Armory was recovered Friday after a search warrant was executed at a... 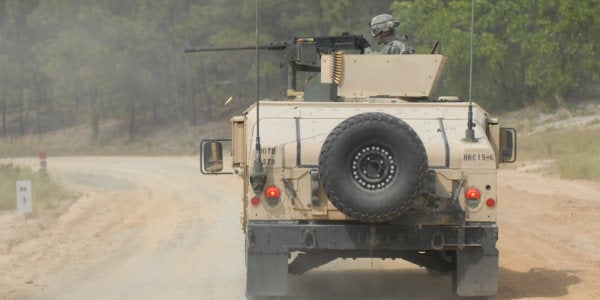 A military Humvee stolen from the Ohio National Guard Armory was recovered Friday after a search warrant was executed at a vacant home in Trumbull County.

The Humvee was found in the garage of the home during the search, according to a news release from the State Highway Patrol.

No arrests have been made.

Troopers went to the armory at 3:30 p.m. Wednesday on Allen Road just south of Alpha Parkway and found that the chain link fence was cut where the Humvee was stored, according to the news release.

The Humvee was locked at the time of the theft, but the robbers were able to disable the locking mechanism and drove off.

No witnesses were around when it was stolen, the news release says.

The investigation into who stole the Humvee is ongoing and more information will be released when it becomes available.