Some of the stolen items were sold on eBay. 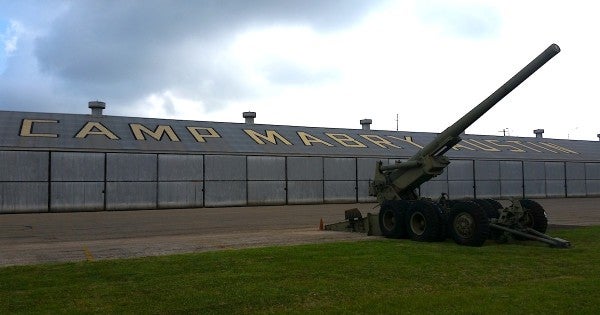 Two people admitted this week to stealing $1 million worth of military equipment from Camp Mabry in Austin, the U.S. Department of Justice said.

Texas National Guardsman Cristal Avila, 27, and 35-year-old Joseph Mora, a former program analyst at the U.S. Property and Fiscal Office warehouse, pleaded guilty on Thursday to one count of theft of government property, according to U.S. Attorney John F. Bash.

The pair admitted to taking rifle scopes, night vision goggles and infrared laser-aiming devices from Camp Mabry, a National Guard installation off 35th Street west of MoPac Boulevard (Loop 1). Mora sold many of the stolen items, including some on eBay, officials said.

Avila and Mora are facing up to 10 years in prison. Both have said they will pay restitution to the government for the items they took, as well as any profits generated from selling them, officials said.

Sentencing for Avila and Mora, who remain free on bond, has yet to be scheduled.