The Stories From Inside North Korea’s Prison Camps Are Horrifying

The prison camps of Nazi Germany existed for 12 years before their remaining survivors were freed after World War II.... 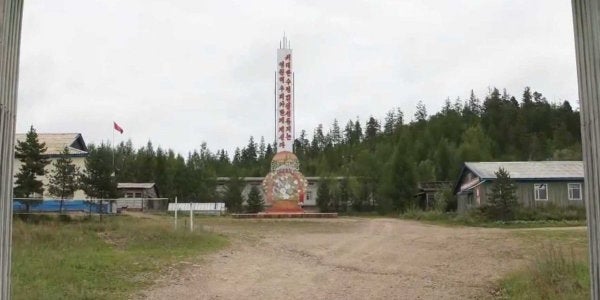 The prison camps of Nazi Germany existed for 12 years before their remaining survivors were freed after World War II. In the years that followed, many learned of horrifying conditions, torture, and millions murdered by Hitler's regime, and people swore never to let it happen again.

But North Korea has established its system of prison camps where an untold number have died amid “unspeakable atrocities” comparable to what the Nazis did, according to a preliminary report from the UN.

“I believe you will be very disturbed and distressed by it and that you will have a reaction similar to those of [U.S.] General Eisenhower and the others who came upon the camps in postwar Europe,” head investigator Michael Kirby told Reuters in 2013.

On Friday, the UN's human-rights body agreed to strengthen its ongoing investigation of abuses inside the Hermit Kingdom. That investigation will be used in a “future accountability process” if the country's leaders are ever held to account.

About 200,000 people are currently imprisoned in these camps, while some 400,000 people have died in them, according to reports from Amnesty International and the Committee for Human Rights in North Korea.

North Korea has repeatedly denied such reports, and it boycotted the UN debate on Friday.

But Kim Jong Un cannot hide from satellite imagery and the increasing number of escapees who have testified about the regime's abuse.

We have gathered some details about the camps along with satellite images and a set of unconfirmed illustrations supposedly done by a defector that hint at the terror inside.

In a country of 25 million people, up to 200,000 have reportedly “disappeared” into brutal concentration camps found throughout the country.

Former prisoners say conditions are so bad that 20% to 25% of the prison population dies every year. (Note: This is the first of multiple illustrations supposedly made by a defector who spent time in the prisons.)

The North uses “guilt by association” to lock up entire families just for knowing someone convicted of “wrong thought.”

Shin Dong-hyuk was born inside one camp and lived there for 23 years before he was able to escape.

Few have ever escaped. That's because anyone who tries, plans, or has knowledge of an escape is executed, and all prisoners are required to watch.

Starvation is common, as prisoners are usually fed gruel made of cornmeal and cabbage. “We were always hungry, and the guards always told us, 'Through hunger, you will repent,'” Shin said. They often eat rats and insects just to stay alive.

Without protein and calcium in their diet, prisoners develop hunched backs from bending over in the fields or lose toes and fingers to frostbite.

Guards treat prisoners as subhuman, terrorizing and torturing their captives, sometimes just for fun, according to escapees.

The tip of one of Shin's fingers was chopped off as punishment for accidentally breaking a machine while working in a factory.

When he was 13, Shin was sent to an underground torture center after his mother and older brother were accused of attempting to escape. “They hung me by the ankles, and they tortured me with fire,” he said.

All of the described methods of torture are appalling — but some are more disturbing than others. And women aren't afforded any leniency.

Pregnancy is strictly forbidden, except in the case of a “marriage” arranged by the prison guards. One person testified that she “witnessed a female prisoner forced to drown her own baby in a bucket.”

Prisoners are categorized as their conditions deteriorate. If prisoners make it past guards and electrified fences …

… they still need to get across the border to China. If discovered, they face the possibility of being sent back.

Camps aren't limited to North Korean borders. The regime also exports slave labor to Siberia, according to a Vice report.

Workers can be sent to Siberia for five to 10 years to do their “duty for the home country.”

While North Korea denies the camps exist, satellite imagery shows what looks like prison camps scattered across the country.

Another recent report said that up to 20,000 prisoners were allowed to die of disease or starvation as some camps were shut down and consolidated in 2013.

And for North Koreans outside the camps, the fear of the gulag ensures their loyalty to the regime …

… and Kim Jong Un's power over his people.