A study published on Sept. 30 in the Journal of the American Medical Association uses data from medical evacuations in... 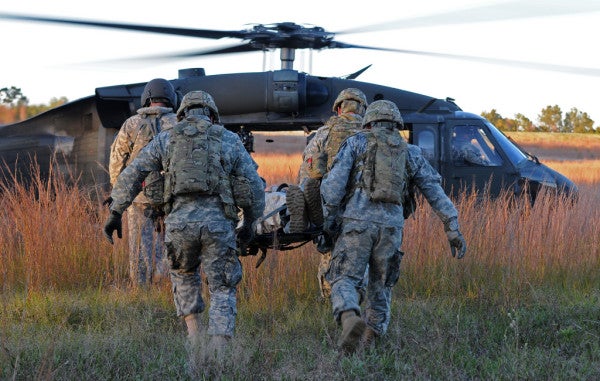 A study published on Sept. 30 in the Journal of the American Medical Association uses data from medical evacuations in combat to prove what medical experts have long believed: Treating patients during the golden hour — the first hour after an injury — saves lives.

In 2009, then-Secretary of Defense Robert Gates’ ordered that all medical helicopter transport missions deliver patients to hospitals within 60 minutes. The study found that prior to the order, only a quarter of medical evacuation flights met the timeline and nearly 113 people died before reaching a hospital, per every 1,000 casualties. After the order was implemented, 75% of flights made it to a treatment facility within the golden hour and the death toll was reduced to 55 per 1,000 casualties.

The reduction in fatalities has as much to do with the response time of medical evacuation helicopters and crews as it does with a flight crews’ access to supplies, trained medical personnel, and equipment, which allows casualties to be treated while in the air, reports the San Antonio Express-News.

“The biggest thing is that it’s not necessarily the time to the hospital that’s as important as the time to the medical capability,” said Dr. Russ Kotwal, the study’s lead researcher, and a retired Army colonel with 14 tours to Iraq and Afghanistan.