Sub Commander Fired Over Allegations He Hired 10 Hookers On Deployment

The commander of the submarine USS Bremerton who was relieved of command in August 2018 over issues of "inappropriate personal conduct" was investigated on allegations that he hired about 10 prostitutes while in port in the Philippines. 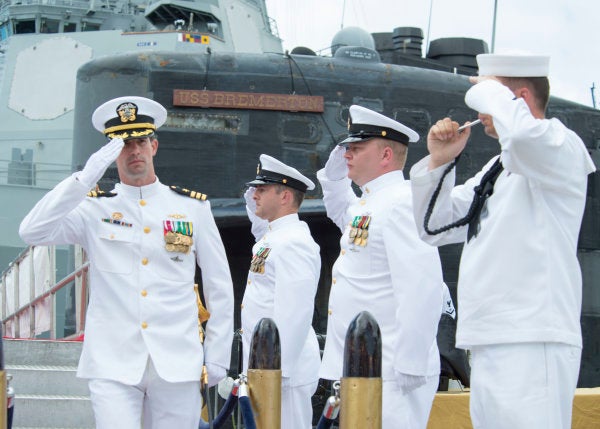 The commander of the submarine USS Bremerton who was relieved of command in August 2018 over issues of “inappropriate personal conduct” was investigated on allegations that he hired about 10 prostitutes while in port in the Philippines.

The Kitsap Sun first reported the revelation after receiving documents about the firing through a Freedom of Information Act request.

In March, while the Bremerton was in port at Subic Bay, Cmdr. Travis Zettel was spotted walking with around 10 “provocatively dressed females outside the front door of the hotel,” one sailor told NCIS agents after they received a tip through the Inspector General's hotline.

The IG tipster said that Zettel told he and another sailor that he'd “ordered ten girls to arrive at the hotel.” Investigators also talked to another sailor who said he saw Zettel walking around talking to other sailors in his command with “three local females holding onto his arm.”

As the Sun reported, Zettel admitted to paying for “female accompaniment” to NCIS agents. He was later reprimanded and relieved of command of the Bremerton and reassigned to desk duty at Naval Base Kitsap.

A Washington native, Zettel commissioned in 1998 and first served about the USS Salt Lake City, before carrying out various assignments aboard other subs, according to an official bio.

SEE ALSO: Why Are So Many O-6s Behaving So Badly? And Other Military Mischief