The decision ends a three-year legal battle against the military that began when a 20-year-old Marine from Michigan died during boot camp. 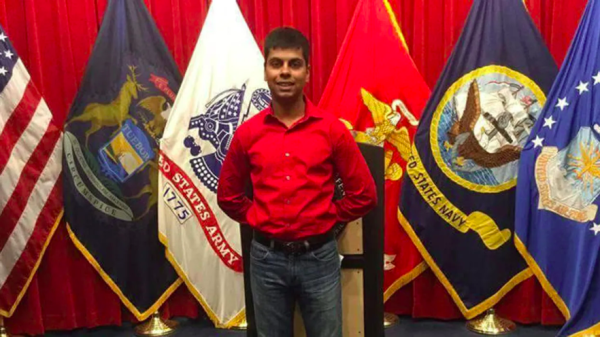 Washington — The Supreme Court on Tuesday said it wouldn’t hear the case brought against the U.S. military by the family of a 20-year-old Marine from Taylor who died four years ago during boot camp, ending a three-year legal battle.

In a one-page order, the justices indicated they would let stand the decision by the U.S. 6th Circuit Court of Appeals to dismiss the wrongful death suit brought by the parents of Raheel Siddiqui in 2017.

The appeals court ruled last year the lawsuit is barred under the oft-criticized Feres doctrine, which relegates claims related to injuries to active duty military personnel to the military courts, not the civil courts.

“Unless and until” the justices overturn the 70-year-old Feres doctrine, the courts remain bound by it and, “accordingly, find plaintiffs’ claims barred for lack of subject matter jurisdiction,” the 6th Circuit wrote last year.

The Siddiqui family had sued the Marine Corps in 2017, alleging he was assaulted, hazed, tortured and discriminated against at the training depot on Parris Island, South Carolina, because of his Muslim faith.

The complaint argued that Marine recruiters misled Siddiqui by not warning him about the abuse of other Muslim recruits at Parris Island, and that military officials were negligent in failing to protect him once at the training depot, where Siddiqui died in March 2016 after falling three stories.

Siddiqui’s parents, Ghazala and Masood Siddiqui, argued the government was also negligent by almost immediately declaring their son’s death a suicide without fully investigating the circumstances.

‘An ideal opportunity to address injustice’

The family’s lawyer expressed disappointment after the order was published Tuesday.

“This case was an ideal opportunity for the court to address the injustice that the Feres doctrine has created and perpetuated for decades,” attorney Shiraz Khan said.

“While we are disappointed that we will not have an opportunity to argue this case before the Supreme Court, our fight for justice is not over. Evidence has a way of speaking for itself, and we will be looking into the possibility of legislative solutions for the benefit of all Americans.”

Khan had argued that the Feres doctrine did not apply to the case because Raheel Siddiqui had not yet started his active military service and was a civilian when he first started meeting with Marine recruiters in 2015.

The appeals court disagreed by arguing that “if Siddiqui’s death was incident to his military service, then a claim of negligent enlistment relating to his death is also barred by Feres.”

“There is no dispute that Siddiqui was on active duty when he died, and we conclude that his death during basic training falls squarely within the wide reach of the Feres doctrine,” Judge Jane B. Stranch wrote for a three-judge panel of the 6th Circuit.

U.S. District Judge Arthur Tarnow in his November 2018 ruling said the $100,000 death benefit and $400,000 life insurance payout that the Siddiquis received “are mere fractions of most wrongful death awards.”

A military court last year affirmed Felix’s conviction and 10-year prison sentence for crimes including the abuse of three Muslim recruits, including Siddiqui.

Felix’s former supervisor, Lt. Col. Joshua Kissoon, pleaded guilty to charges including negligently returning Felix to work while he was under investigation for hazing another Muslim recruit.