Can states fire employees who leave for military duty? The Supreme Court may decide 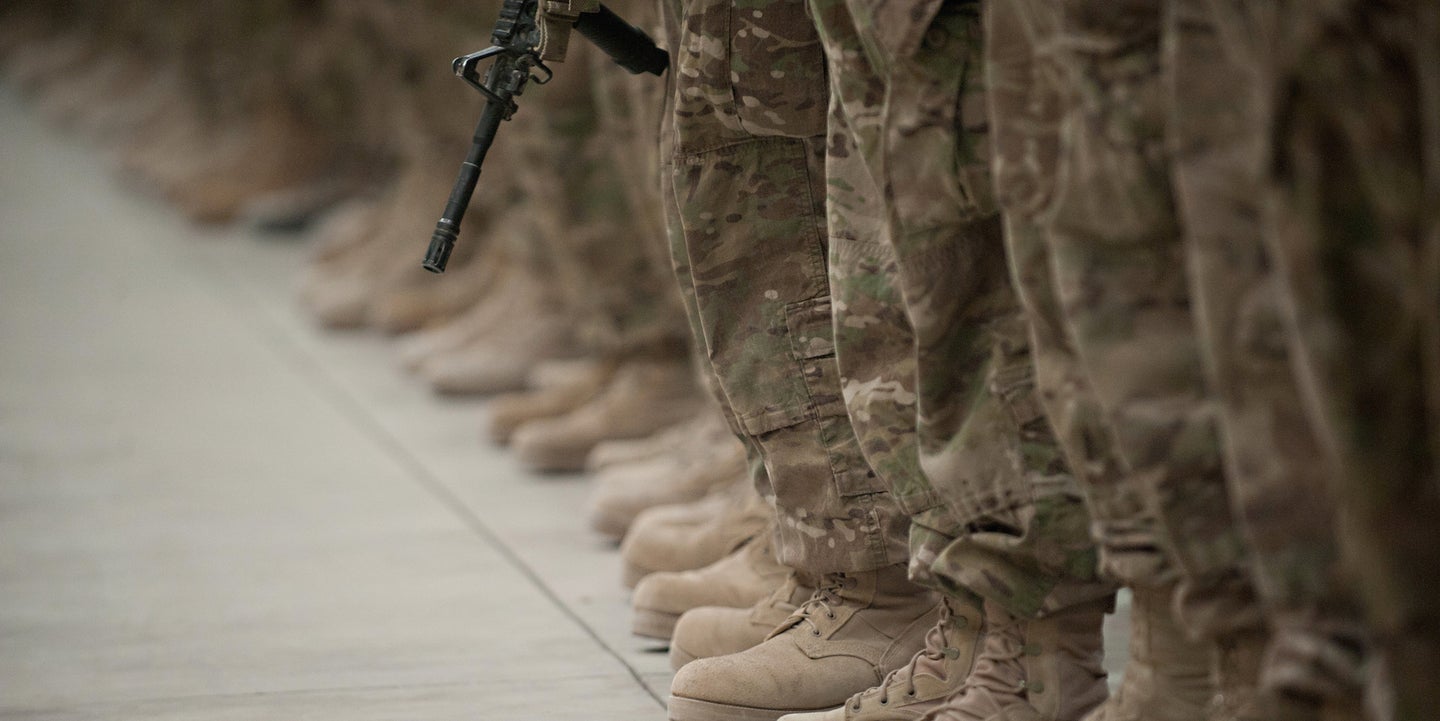 WASHINGTON — Should a federal law that protects National Guard members and reservists from being fired from their private-sector jobs while they are deployed also apply to state government jobs? Last week, the U.S. Supreme Court hinted it might weigh in on the issue.

The U.S. Supreme Court last Tuesday requested additional information from the Texas attorney general’s office on why the state should not be held accountable to the 1994 Uniformed Services Employment and Reemployment Rights Act (USERRA), which prohibits employers from retaliating against or firing National Guard members and reservists who are pulled from their full-time jobs to go on active duty.

The case that sparked the court’s interest, Le Roy Torres v. The Texas Department of Public Safety, involves a former Texas state trooper who came back from a yearlong deployment to Balad, Iraq, too sick to perform his former patrol duties. Torres spent a year breathing in toxic ash from the massive open air pit at Balad that may have also sickened thousands of other Iraq war veterans.

In an email to McClatchy, Torres said the state did not provide an alternative desk job that could accommodate his deteriorating health. Instead, he said, he was forced to resign in 2012. Torres now relies on supplemental oxygen and is largely confined to his home in Robstown, Texas.

” The Texas Department of Public Safety came to my house and stripped me of my credentials and my patrol car in front of my family like a criminal,” Torres said. “I trust SCOTUS will bring justice to my case and shed light for many other warfighters with similar cases.”

The case could have wide-ranging implications for National Guard members and reservists across the country who work in state government positions as their full-time job, and is being watched closely by other states that have not yet set their own policy on the issue, said Brian Lawler, an attorney with the Pilot Law Corp., one of the firms petitioning the U.S. Supreme Court on behalf of Torres.

In their filing to the Supreme Court, the law firms representing Torres said as many as 800,000 current or former National Guard members and reservists hold full-time state or local government jobs across the country.

While USERRA protections cover service members in private sector or federal jobs, they don’t always protect service members working in state government jobs because of the powers delineated between states and the federal government under the Constitution.

Service members who work for the state cannot sue that state if they are fired in many cases because of the state’s claim of sovereign immunity, a provision under the Constitution that empowers states to only face state or federal lawsuits in their courts if they consent to it.

For example, when Torres first filed his lawsuit in Corpus Christi, Texas, it was never heard. Texas dismissed it outright under the claim of sovereign immunity, essentially not consenting to allow the case to be brought forward.

In Torres’ petition for certiorari to the U.S. Supreme Court, the Texas attorney general’s office had initially waived the right to respond to the filing, which parties often do when they do not think the case will be taken up by the court, said Andrew Tutt, an attorney with Arnold & Porter, which is one of the firms petitioning the U.S. Supreme Court to hear the case.

When the court does request both parties respond, it greatly increases the chances it will go on the docket. The Supreme Court gets about 10,000 petitions a year to hear cases, it requests additional information on only a few hundred, Tutt said.

“It means that at least one justice has decided that the case needs to be fully briefed,” Tutt said. After the state of Texas responds, the court will then decide whether to grant certiorari and hear it next year.

The Texas attorney general’s office did not respond to a request for comment.

Having the Supreme Court weigh in is critical, because similar lawsuits in Florida and Virginia show a growing number of states declaring they too will claim sovereign immunity against USERRA claims, Lawler said.

Just a handful of states, such as South Carolina and Tennessee, extend USERRA protections to service members in state government jobs. Many states do not have a set policy, but an increasing number are watching the lawsuits in Texas, Florida and Virginia and claiming they also have sovereign immunity, Lawler said.

“We are fighting this battle in California, I am told we are about to fight this battle in Missouri,” Lawler said. “The importance of this ( Texas) case is not only the number of service members. It’s to flatten the field, to make the playing field uniform for everybody.”

In the Florida lawsuit, U.S. Navy reservist James Hightower alleged he faced a hostile work environment and was denied a promotion because of multiple deployments.

Florida and Texas courts initially ruled sovereign immunity shielded the states from the USERRA lawsuits that Torres and Hightower filed.

In the Florida case, Hightower’s attorneys have asked the district court that ruled against them to review the case again with an eye toward whether there is a larger legal question that should be reviewed by Florida’s supreme court, on whether Florida can apply sovereign immunity to USERRA.

Attorneys in both the Florida and Texas cases argue that states applying sovereign immunity to USERRA cases challenge the federal government’s power to raise armies.

“This court’s refusal to apply USERRA’s important employment protections for state employed members of our armed forces … Is a matter of great and immediate public importance and directly affects matters of national defense,” said Marie Mattox, founding attorney of the Mattox Law Firm based in Tallahassee, Florida, who is one of several attorneys representing Hightower.

If the U.S. Supreme Court does take up Torres’ case, it would not be heard until the next term, which starts in October.