Trump gets the green light to use $2.5 billion from the military’s budget for the border wall

We've come a long way from "Mexico will pay for the wall!" 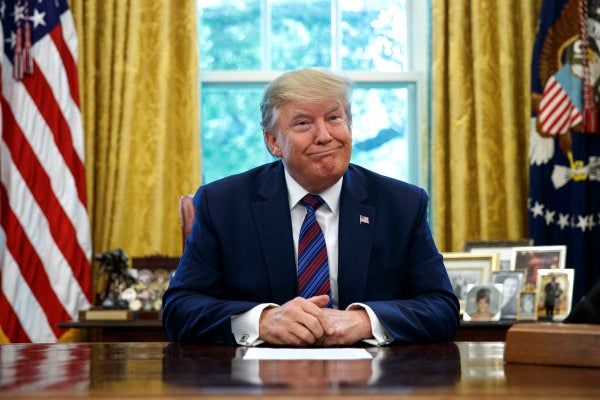 We’ve come a long way from “Mexico will pay for the wall!”

The Supreme Court gave the Trump administration the go-ahead on Friday in a 5-4 ruling to use $2.5 billion from the military’s budget to help build the wall at the southern border.

The legal case that had tied the money up in court — which raises environmental concerns, among others — will continue, but the administration will be allowed to use the money in the meantime, per the New York Times. Trump filed an emergency request for the freeze to be lifted earlier this month.

The $2.5 billion will build “more than 100 miles (160 kilometers) of fencing,” per the Associated Press, replacing barriers in New Mexico and Arizona. Around $600 million that will be used for the wall is coming out of a fund that is meant for Afghan security forces.

The Pentagon approved a transfer of $1 billion for the wall in March, and the other $1.5 billion in May, after Congress approved a fraction of the money the president had asked for, leading him to declare a national emergency in February.

Trump said in February that he spoke with “a couple” of generals who thought that using the money for the border wall “is far more important” than the projects it was originally meant for.

“I said, ‘What are you going to use it for?’ And I won’t go into details, but it didn’t sound too important to me,” he said. The Pentagon gave Congress a lengthy-as-hell list in March of all of the construction projects that may or may not be defunded to pay for the wall.

The president’s messaging on how the wall will be paid for has evolved over time:

The Pentagon announced on July 17th that more than 2,000 troops were going to head down to the border, adding to the more than 5,000 troops already there.

SEE NEXT: US troops are going to make Trump’s wall look pretty with fresh paint on a month-long working party