The U.S. Supreme Court on Monday turned away a bid by U.S. troops sickened by smoke from open-air pits used to burn waste in Iraq and Afghanistan to revive a lawsuit against defense contractors KBR Inc and Halliburton 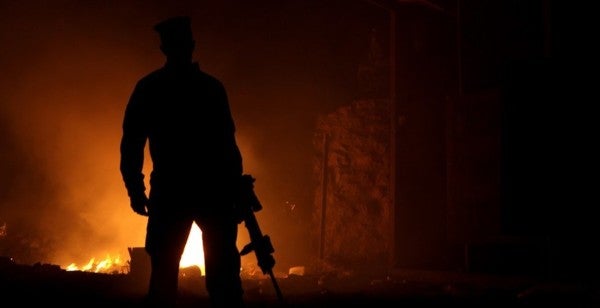 WASHINGTON (Reuters) – The U.S. Supreme Court on Monday turned away a bid by U.S. troops sickened by smoke from open-air pits used to burn waste in Iraq and Afghanistan to revive a lawsuit against defense contractors KBR Inc and Halliburton Co.

The justices left in place a 2018 lower court ruling in favor of the companies. The former service members said in the lawsuit that they developed various cancers, neurological damage and other illnesses, often fatal, because of KBR's negligent operation of the burn pits.

The case centered on the liability of KBR and Halliburton over waste disposal services they provided the U.S. military in Afghanistan starting in 2001 and Iraq starting in 2003. KBR was part of Halliburton until it was spun off in 2007.

The Richmond, Virginia-based 4th U.S. Circuit Court of Appeals ruled that the various consolidated lawsuits brought by service members and their relatives amounted to a “political question” that Congress and the president should resolve, not the courts.

The plaintiffs, whose cases were consolidated in Maryland in 2009, said they were harmed because the companies did not follow correct safety procedures. They accused KBR of placing the burn pitstoo close to occupied areas and operating them without regard to wind conditions. The contractor used the pits to dispose of plastics, tires, batteries, medical waste and other material that released airborne toxins when burned.

Both companies said they should not be held liable.

The Supreme Court in 2015 declined to hear the cases at an earlier stage in the litigation after the companies lost a prior bid to dismiss the lawsuits.

Dick Cheney, who served as chairman and CEO of Halliburton from 1995 to 2000, was U.S. vice president at the time the American military operations involved in the case began in Afghanistan and Iraq.

SEE ALSO: Here's What You Need To Know About A New Ruling Linking Burn Pits And Lung Disease