Syria Is Now ‘The Most Aggressive Electronic Warfare Environment On The Planet,’ SOCOM Says

General Raymond Thomas, the commander of U.S. Special Operations Command (USSOCOM), revealed that Syria has become the frontline of electronic... 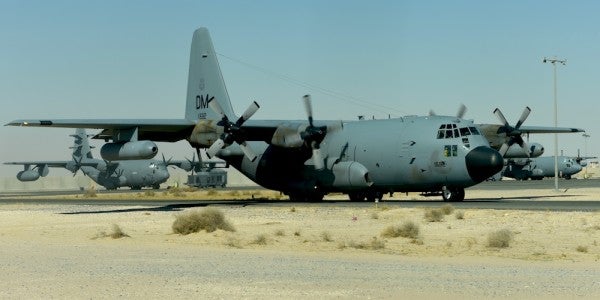 General Raymond Thomas, the commander of U.S. Special Operations Command (USSOCOM), revealed that Syria has become the frontline of electronic warfare and U.S. planes are being disabled.

“Right now in Syria we are operating in the most aggressive EW environment on the planet from our adversaries,” Thomas told a crowd of some 2,000 “intelligence professionals” at the GEOINT Symposium on Tuesday, according to Breaking Defense.

“They are testing us every day, knocking our communications down, disabling our EC-130s, etcetera,” he added.

While Thomas did not say which country is responsible for the attacks, Russian jamming and electronic warfare capabilities in Syria have long been noticed. Earlier this month, reports surfaced that Russian jamming was affecting small U.S. surveillance drones.

Those efforts were, according to NBC News, not affecting larger armed drones like the MQ-1 Predator or the MQ-9 Reaper. A Defense Department official told NBC News that the jamming was having an operational impact on operations in Syria.

It's not clear what exactly Thomas meant by “disabling,” but Lori Moe Buckhout, a former Army colonel and expert on electronic warfare, told Breaking Defense that the attacks could possibly have targeted a EC-130's Position, Navigation and Timing (PNT) or communications.

That would force the pilots to use traditional methods of navigation like maps and line of sight, which could make flying the aircraft more difficult.

Iran, Russia's ally in Syria, claimed that it hacked into a U.S. RQ-170 Sentinel and forced it to land after it gained access to its GPS in 2011.

The EC-130 is designed for electronic warfare and is intended to disrupt enemy communications, radars, and command and control communications, as well as suppress air defenses.

Buckhout said that Russia invested heavily in electronic warfare capabilities after its five-day long war with Georgia in 200.

“The Russians put in millions on upgrades after Georgia. They've ended up with killer capabilities, jamming in a multitude of frequencies for hundreds of kilometers,” she said, adding that the Russians “know all of our vulnerabilities.”

He statements echo similar ones made by other military officials. Lt. Gen. Ben Hodges, then the commanding general for U.S. Army Europe, said in 2016 that he has seen Russian “electronic warfare capability at a tactical level that we absolutely don't have.”

Syria has proven to become, as STRATFOR notes, “the ultimate testing ground” for the Russian military.