None Sometimes called insider, or “green on blue” attacks, when U.S. forces are assaulted by their allies, it usually makes... 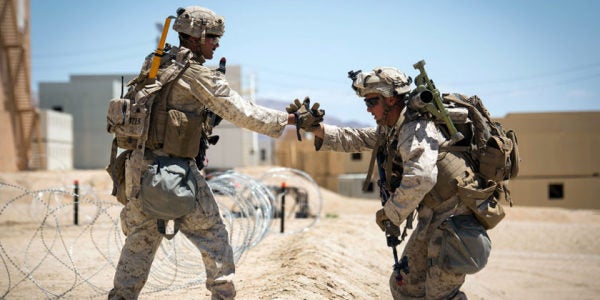 Sometimes called insider, or “green on blue” attacks, when U.S. forces are assaulted by their allies, it usually makes the news. That wasn’t the case in Syria when a member of the Syrian Defense Forces shot a Marine sergeant twice in the leg. Instead, there was no mention of it by the military, no press release. Instead, there was contradictory information and a curious reporter who refused to let it lie.

When Paul Szoldra of Task & Purpose first heard of the incident, the only thing that was clear was that more questions needed to be asked. He tells us what he found on this week’s episode.