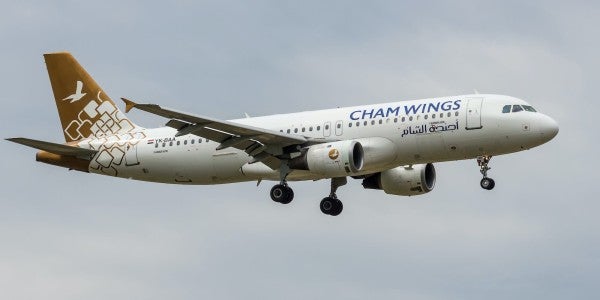 Syrian troops nearly shot down an airliner attempting to land in Damascus in the confusing aftermath of Israeli airstrikes early Thursday morning.

Air defenses were on high alert after Israeli fighter jets on Thursday fired missiles into Damascus.

The plane, which was carrying 172 passengers, according to The Guardian, landed safely and no one was hurt.

The incident renewed fears that a broader conflict in the region could jeopardize the safety of air travel in an increasingly crowded and militarized area where such incidents grow increasingly commonplace.

Russia coordinates its Syria operations from Hmeimim Air Base, a major facility on the Mediterranean coast, where the Cham Wings flight took refuge from the missile fire, according to Reuters, which cited Russia's Interfax news service quoting Russian officials.

Israel has conducted hundreds of airstrikes on targets in Syria usually linked to Iranian or Hezbollah operations, as both have deployed sizable forces to Syria in support of Syrian President Bashar al Assad's efforts to quell a nearly decade long rebellion against his rule.

In the aftermath of the 2018 incident, Russian military officials said that Russian advisors would take control of the longest range and most accurate missile systems, the S-300, they've provided to the Syrian government. It is unclear whose troops were operating the systems that fired over Damascus Thursday morning.