​A mysterious Chinese warship collided with a Taiwanese cargo ship in the Taiwan Strait and fled the scene, the island's coast guard told local media 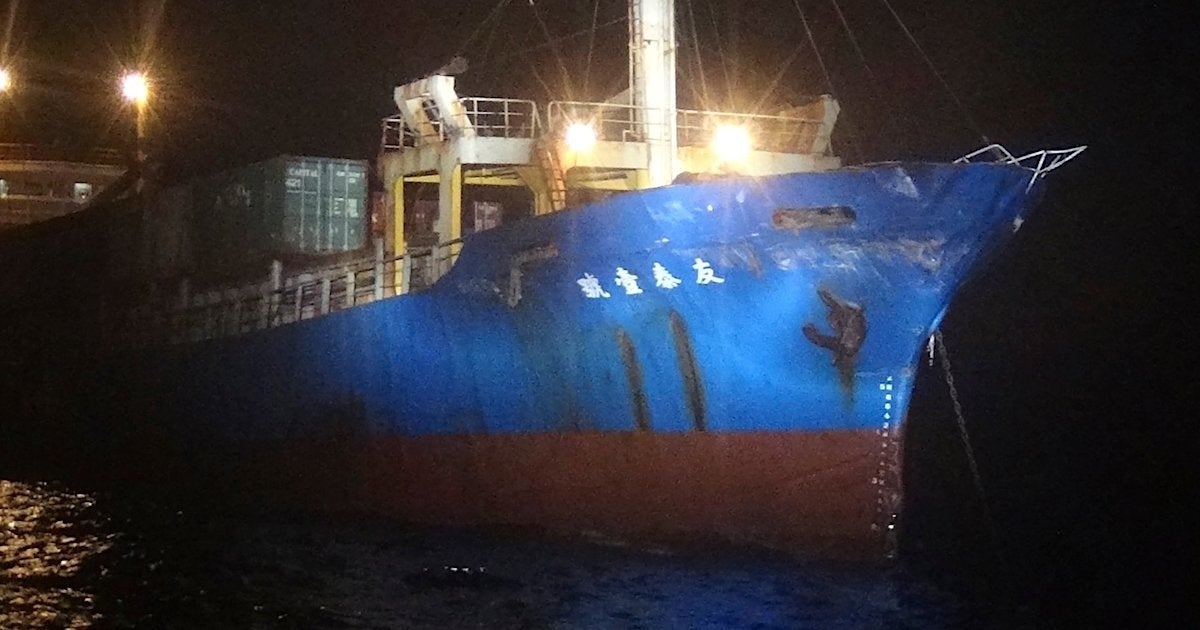 A mysterious Chinese warship collided with a Taiwanese cargo ship in the Taiwan Strait and fled the scene, the island's coast guard told local media.

The unidentified People's Liberation Army Navy (PLAN) warship slammed into the Yutai No. 1, a freighter registered in Kaohsiung, at around 8 pm on Wednesday about 20 miles from Liaoluo Port in Kinmen, Taiwan News reports, citing a press statement by the local coast guard.

The Chinese military vessel requested that the freighter sail to Xiamen, China for an investigation, Chen Jian-wen, a Taiwan coast guard official, told local media, explaining that the cargo ship “asked us to send patrol ships to the rescue.” Two patrol boats were sent out in response, the South China Morning Post reports.

The freighter's hull was damaged, but the crew was unharmed, the coast guard confirmed when they arrived on scene at around 10 pm.

After escorting the cargo ship back to Liaoluo Port, the coast guard set out in search of the Chinese vessel, making contact right around midnight. ” The military vessel said its hull was seriously damaged and its navigation was limited. It refused to stop as it immediately needed to return to Xiamen port for safety,” Chen explained.

The Taiwan coast guard said that it was unable to identify the hull number on the Chinese PLAN vessel in the dark. Taiwanese officials did not identify the type of vessel either.

The ship that collided with the freighter is believed to be one of two — a newly-commissioned Type 071 amphibious transport dock ship or a cruiser — that have been patrolling the Taiwan Strait, an unnamed source familiar with the incident told the China Times.

The incident comes at a time of rising tension between China and Taiwan. The Chinese military has stepped up operations in the Taiwan Strait and around the self-ruled island, which Beijing views as a separatist province, in response to so-called “pro-independence forces” in Taiwan and increased U.S. military involvement in the area.

Commenting on the Taiwan issue, a recent Chinese defense white paper stressed that China makes “no promise to renounce the use of force.” China and Taiwan conducted dueling military drills this week.

While it is possible the reported collision was an accident, China has repeatedly been called out for ramming ships in the region.

In March, Vietnam accused a Chinese ship of ramming and sinking a Vietnamese fishing boat. In May, the Philippines demanded answers from Beijing after another Chinese vessel slammed into a Philippine fishing boat, sinking it, and then sailed away, leaving the crew to fight for their lives in open water.

In September of last year, a Chinese warship nearly collided with a U.S. destroyer in the South China Sea during a tense showdown in the wake of a U.S. Navy freedom-of-navigation operation.