'People will do anything for money and Russia, Iran, Pakistan and other countries will hire them for operations.' 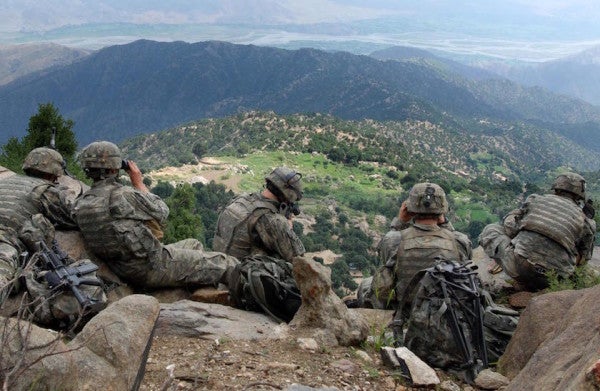 Taliban commanders have confirmed that Russia has offered financial and material support to its members in exchange for attacking US forces in Afghanistan.

The practice was first reported by the New York Times last Friday, which cited US intelligence officials.

President Donald Trump has since strongly denied that he was told of this intelligence, and has attacked its credibility, characterizing the existence of Russian bounty payments as fake.

But three separate Taliban sources told Insider that they were aware of Russian bounty payments being made — though they stressed that only the less-disciplined elements on the fringes of the group would take up such an offer.

When reached through formal channels, officials with the Taliban — formally called the Islamic Emirate of Afghanistan — refused to comment.

But the three sources all confirmed that the practice takes place, and that Russia intelligence officials are known to pay. Iran and Pakistan also fund these activities, the sources said.

Two are actively involved with the Taliban, and one is now a refugee in Greece who came in 2016. All stressed that they personally had not undertaken Russian bounty operations, and disparaged the practice in general.

A well-known way to get money

The refugee spoke anonymously to Insider for fear of retaliation, though his identity is known to Insider. He used to be a commander with the Taliban in the Logar Province of Afghanistan.

He said: “The Taliban is like my fist — the center of the fist is hard and disciplined, everyone gets salaries and weapons from the Quetta Shura and they obey orders.”

The Quetta Shura is the leadership council of the Taliban, thought to be based in Pakistan.

“But around this fist there are a lot of groups and commanders that are with the Taliban but not controlled by the Taliban. These are the people who will do anything for money and Russia, Iran, Pakistan and other countries will hire them for operations.”

He said he was never offered money by Russian intelligence, whom he said worked in a different part of Afghanistan where there were historic links from the days of the Soviet Union.

But he was regularly approached by Iran and the specially designated terrorist organization run by the Haqqani family out of northern Pakistan. He said it was well known that groups in need of money could work with Russians.

But he was skeptical that accepting such payments would advance the Taliban's cause in the long term. “These people will not just leave,” he said. “They did not spend the money because we are friends. They spent it to kill their American enemies.”

'They give us a bad reputation'

He said said that Russian influence inside the Taliban itself was impossible, but that there were many affiliated groups that have maintained ties with Russia.

“In the last five years the Islamic Emirate has greatly expanded in Kunduz and Mazar because individual commanders have been receiving money and weapons from Russian intelligence,” he said.

“These are criminal groups that work alongside the Mujahideen and give us a bad reputation with many people because they sell drugs and commit crimes and work with [foreigners].”

Mujahideen is a broad term used by Islamic extremists to refer to one another.

'After victory we will make them stop'

A third Taliban official discussed the situation with Insider via Facebook from Pakistan. The official, whom Insider reached via a trusted intermediary, did not give a name.

When asked why fighters would do the bidding of foreign powers, he replied: “Money, everyone needs money.”

The official characterized such missions as a necessary evil, like the widespread opium trade in Afghanistan, which the Taliban objects to on religious grounds but tolerate.

He said: “Opium is such an important crop to a poor country like Afghanistan, we cannot stop the farmers from growing because they need to eat — it's the same with some of these criminal groups.

“We know they are committing crimes for now because they need to survive. But after victory, we will make them stop again like we did in the 1990s.”

Related: Trump was reportedly well aware of the suspected Russian bounties on US troops in Afghanistan

An open secret in intelligence circles

A NATO military intelligence official confirmed that the practice was well-known to Western powers as well.

The official represents a nation with troops currently in Afghanistan, and asked not to be identified.

He said that US intelligence briefing his agency on the issue last week, and said that Russian bounty operations were most common in northern Afghanistan.

He noted: “[The Germans] have a major presence in the north and this briefing was very much focused on the increased threat to these units by local groups paid by the Russians for attacks.”

President Trump has continued to deny the existence of the practice. In a tweet on Wednesday, he argued that intelligence on Russia paying bounties is poorly corroborated, and being exaggerated by the media to damage him politically.

The message said: “'No corroborating evidence to back reports.' Department of Defense. Do people still not understand that this is all a made up Fake News Media Hoax started to slander me & the Republican Party.

“I was never briefed because any info that they may have had did not rise to that level.”