Pakistani analysts and experts on militant Islam speculated that Ehsan may have been converted into an asset by the state. 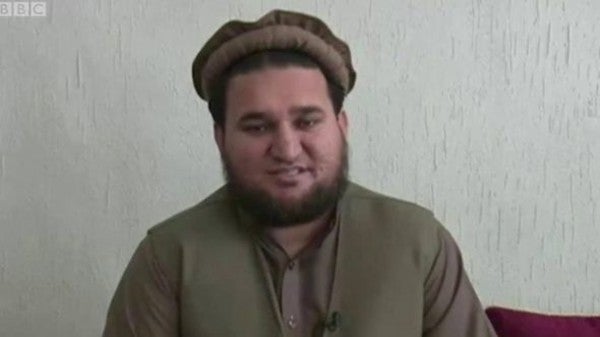 The Pakistani military, which had kept Ehsan in detention for three years, has declined to comment but, asked by reporters about the report, Interior Minister Ijaz Shah, said: “That is correct, that is correct.”

Shah, a retired brigadier general, added that “you will hear good news” in response to questions about whether there had been progress in hunting down Ehsan.

Ehsan later told a Reuters reporter by telephone that he had already left Pakistan and arrived in Turkey together with his wife and children. He said he had surrendered to the army under a deal, and escaped only after the agreement was not honored.

He said he escaped on Jan. 11 but did not clarify how he had broken out of a maximum-security military prison and made his way to another country.

Pakistani analysts and experts on militant Islam have voiced doubt about Ehsan's claim to have escaped. They have speculated that he may have been converted into an asset by the state and that reports he was on the run could be a ruse to plant him back in the Islamist militant scene for use as an informant.

After Ehsan's surrender in 2017, local Geo News TV aired an interview he gave in custody in which he asserted that the intelligence services of Pakistan's arch-rival, India, had been funding and arming Pakistani Taliban fighters.

The Pakistan army pledged to put Ehsan on trial but has not done so.

Taliban attacks in Pakistan have declined in recent months since the army carried out several operations against sanctuaries used by the Islamist militant groups in lawless districts along the border with Afghanistan.