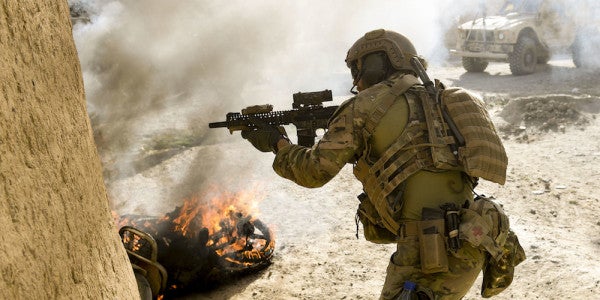 U.S. Air Force fighters and Army helicopter gunships have attacked and killed more than 220 Taliban forces in Ghazni over the past several days after militants launched a massive attack on the Afghan city less than 100 miles from Kabul.

Afghan forces are conducting clearing operations in the city, but hundreds of civilians have fled, trying to escape the fierce fighting, The Associated Press reported Tuesday.

“The Afghan National Army's 203rd Corps, the Afghan National Police's 303rd Zone, and Afghan Special Security Forces are rooting out the remnants of the Taliban within the city,” O'Donnell said. “What we observed, as these Afghan-led operations drove a large portion of Taliban from the city over the last day or so, was the retreating Taliban attacking the more vulnerable surrounding districts, which Afghan forces are reinforcing.”

Taliban spokesman Zabihullah Mujahid denied that insurgents had been driven from Ghazni and said the Taliban destroyed a telecommunications tower on the city's outskirts during the initial assault, cutting off landline and cellphone links to the city, the AP reported.