Afghanistan is to release more Taliban prisoners in the hope of getting peace talks going, a government spokesman said on Thursday, after the insurgent group provided the government with a revised list of several hundred of their detainees 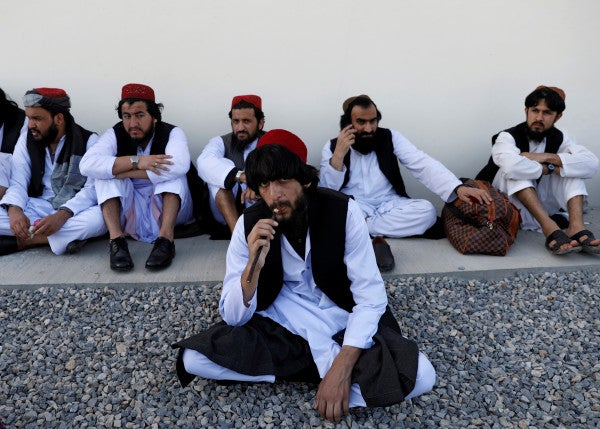 KABUL (Reuters) – Afghanistan is to release more Taliban prisoners in the hope of getting peace talks going, a government spokesman said on Thursday, after the insurgent group provided the government with a revised list of several hundred of their detainees.

Disagreement over about 600 prisoners from a total of 5,000 the Taliban want released has prevented the launch of U.S.-brokered peace talks aimed at ending nearly 19 years of war since the Islamist militants were ousted.

While releases by both sides have taken place, the Afghan government has said it does not want to release some prisoners for security reasons and its Western allies also object to some of them being set free.

“They have given us another list, the release process will continue but direct talks should also start immediately,” Javid Faisal, spokesman for the National Security Council, told Reuters.

The Taliban could not be reached for comment and it was not clear if they would be willing to start talks based on the release of the prisoners on the list.

The United States and the Taliban struck a landmark agreement in February on the withdrawal of U.S. forces in exchange for Taliban security guarantees.

As part of the pact, the Taliban agreed to open power-sharing talks with the U.S.-backed government.

But a senior government official said there was still no agreement on starting the talks.

“The government will start the process of release in the coming few days and will complete the release whether the Taliban agree or not,” he said.

A diplomatic source said U.S. special envoy Zalmay Khalilzad, who has overseen the negotiations with the Taliban, has been pressing Taliban leaders to compromise on the prisoner issue and there were hopes the hurdle would be overcome.

“Momentum is such that it would not be possible for any side to back out,” the source said.