The Taliban last week released a 70-minute propaganda video, titled “Caravan of Heroes #13,” in which they imitated U.S. special... 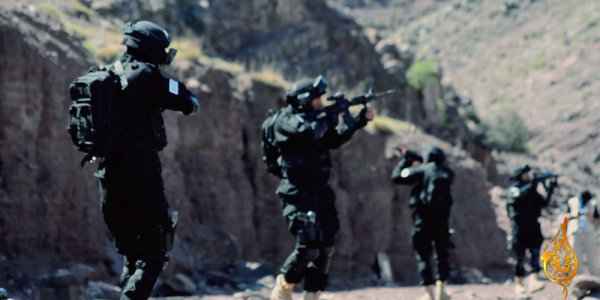 While much of the video shows how the Taliban conducts ambushes and assaults, the first 10 minutes of it shows militants replete with tactical garb and weapons and employing their tactics.

The video is unusual since most Taliban videos show their fighters wearing turbans and beards, Military Times reported.

“The Taliban want to show their supporters and potential recruits that they are a professional force capable of defeating the Afghan government and the coalition,” Bill Roggio, editor of the Foundation for Defense of Democracies' Long War Journal, told Military Times.

“The Taliban has touted its “special forces” in the past in previous videos. This video definitely kicks it up a notch,” Roggio said.