"We couldn't see, we couldn't breathe, and a piercing pain stabbed our ears, all while the aircraft snapped into a rapid roll and skidded hard to the left as the nose of the aircraft pitched over, initiating a dive toward the ground" 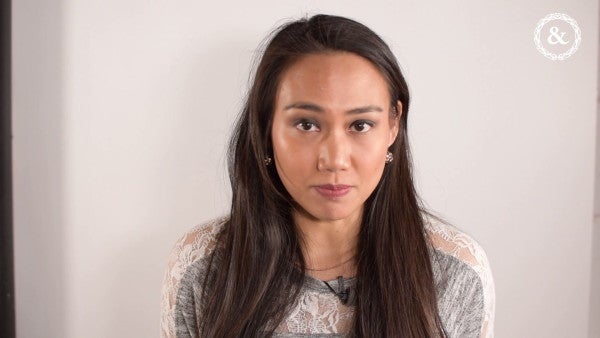 DALLAS — The initial shock was so violent from the blown engine on
Southwest Airlines Flight 1380 that Tammie Jo Shults thought there had been a midair collision.

“We couldn't see, we couldn't breathe, and a piercing pain stabbed our ears, all while the aircraft snapped into a rapid roll and skidded hard to the left as the nose of the aircraft pitched over, initiating a dive toward the ground,” Shults wrote in her book
Nerves of Steel, which was released Oct. 8.

Shults, the captain of the plane that now stands as the only fatal flight in Southwest's history, released the new book after 16 months of near-silence about the terrifying flight.

On Flight 1380 on April 17, 2018, from New York's LaGuardia Airport to Dallas Love Field, a fan blade on the left engine broke loose, tore apart the engine and sent debris careening toward the fuselage. Debris shattered a window, causing an explosive decompression. Because of the loss of pressure from the broken window, passenger Jennifer Riordan was nearly sucked out of the plane as passengers tried to pull her back inside. She died later from her injuries.

Nerves of Steel gives a chilling account of how Shults and first officer Darren Ellisor dealt with their own series of emergencies that could have sent the plane plunging into the fields of New Jersey or Pennsylvania.

The powerless engine and hole in the fuselage made the plane difficult to maneuver and they lost more than 18,000 feet of altitude in 18 minutes.

“I wasn't sure how much more battering the aircraft could take before something else failed and we had a worse situation to deal with,” Shults wrote. “We obviously needed the big pieces to remain attached in order to land.”

In reality, her account said, things could have gone much worse and all 149 passengers aboard might not have made it.

Shults was mostly quiet after the flight, giving one interview to ABC News with Ellisor.

“The whole crew was quiet after that one interview because we had a death on our flight,” Shults said in an interview. “We wanted to respect her and her family.”

In this image provided by the U.S. Navy, Lt. Tammie Jo Shults, one of the first women to fly Navy tactical aircraft, poses in front of an F/A-18A with Tactical Electronics Warfare Squadron (VAQ) 34 in 1992
(U.S. Navy/Thomas P. Milne via Associated Press)

Shults did accept an invitation to be inducted into the Texas Women's Hall of Fame, an Oval Office meeting with President Donald Trump and a handful of private speaking engagements. But she said she mostly wanted to put her thoughts into a book, instead of interviews.

Dallas-based Southwest gave Shults as much time off as she wanted, but she returned to flying after three-and-a-half weeks. She's only flown about once a month since the incident as she concentrated on writing her book. She said she wanted to keep her skills up.

Retiring or taking another position in the company was something she considered, she said.

“I don't know why I never considered doing something else,” she said.

At the time of the Flight 1380 incident, American aviation was enjoying an unprecedented time of safety without a fatality due to flying on a passenger airline in nine years.

But since then, there are grave concerns about the design of the Boeing 737 Max and the process that went into certifying it. Southwest, her employer, has the largest fleet of 737 Max jets.

Shults said modern aircraft are incredibly safe, but she didn't want to discuss the 737 Max grounding beyond saying she thinks it will be safe to fly when it is certified. Her husband, Dean Shults, flies the 737 Max for Southwest.

Only about a quarter of the 271 pages in Nerves of Steel are dedicated to the fateful flight. The rest chronicles Shults' career from Southwestern farms to training to be one of the first female U.S. Navy pilots.

During that path, she dealt with sexist recruiters and colleagues and plenty who doubted the worthiness of female pilots. She met her husband along the way.

She even got fired once from Southwest because of an incident from her Navy career where a plane she was piloting lost instruments and, on landing, ran past the runway and into mud. Shortly after starting work at the airline, Shults was accused of lying on her resume for omitting the Navy incident, a case that created tension between her and the Southwest Airlines Pilots Association intended to protect her. She got her job back after it was determined the Navy cleared her of error in the case.

Lt. Tammie Jo Shults, one of the first women to fly Navy tactical aircraft, poses in front of an F/A-18A with Tactical Electronics Warfare Squadron (VAQ) 34 in 1992(Courtesy photo)

As the book illustrates, it was just another barrier in a series that Shults would have to overcome on her pursuit of becoming a professional pilot. Along the way, she was denied entry into the ranks of pilots, only to find alternative routes.

Shults spends much of the book detailing how her upbeat working-class rural outlook and Christian faith guided her through the tough times, right up until the emergency on Flight 1380, when air traffic control tape caught her muttering “Heavenly Father” while trying to find a way to land a difficult-to-control 737-700.

More than a year later and after rehashing Flight 1380 in her book, Shults said she still plans to keep flying. Even though it will always stay with her, especially Riordan's death, Shults said she isn't traumatized.

“I don't really think about it when I get into the cockpit,” Shults said. “I don't know why. Maybe it's because I've been through a lot of flights where things have gone wrong. It's what I'm trained for.”