Dear Marines United, Either you guys are more fucked up than a soup sandwich or my beloved Marine Corps has... 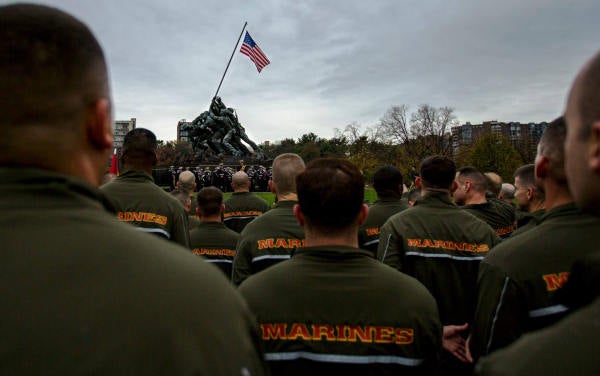 Either you guys are more fucked up than a soup sandwich or my beloved Marine Corps has gone to shit.

After reading about the Marine United Facebook group that has been soliciting and sharing explicit photos of servicewomen, I was hoping to see young men willing to take responsibility for their actions, and apologetic to the women they’ve hurt. Instead, between the comments left on Facebook and on the numerous articles published about Marines United, you left us with a sorry sack of excuses. The worst part is you’re even trying to hide behind the Marine Corps name as justification for such disgusting behavior. Well, you know who else makes excuses? Children. And you sound like a bunch of little children.

Maybe you just can’t distinguish right from wrong. Do you really think it is okay to post nude photos of women in a group of 30,000 strangers? Some of these photos were stolen, some were taken surreptitiously, and others were given to you with ill intent by ex-boyfriends. Help me understand what kind of man boy gets his rocks off belittling, bullying, and shaming a colleague and fellow service member. I understand y’all probably can’t figure out how to get laid, but, what? You also can’t navigate your browser to a porn site? The fact is, there’s nothing manly about that behavior. There’s no honor to it and there’s no courage to it. And since the Marine Corps’ leadership seems to be UA on this, we as a community need to be better at supporting our fellow service women and call out those who shame the Corps and what Marines stand for.

I remember during one of the worst days of fighting in Fallujah, an armored Bradley, outfitted as an ambulance, pulled up to evacuate some of our wounded. Two female soldiers stepped out, loaded Marines onto stretchers, and got them evacuated to a higher echelon of care. Soft-skinned vehicles and even AAVs couldn’t get to the front line because the fighting was so thick. None of us gave a shit that the Bradley soldiers were women; we gave a shit that our brothers were getting evacuated. Okay, fine: Deep down inside, it did hurt a little that they were soldiers and not Marines coming to our aid, but you get the point. Or maybe you don’t. But those women did earn the right to wear the 1st Marine Division’s blue diamond as their Army-issue shoulder patch.

A number of your defenders have said Marines United was established to help Marines and reduce the veteran suicide rate from 22 a day to zero. Do you know that suicide rates among female veterans have risen almost 40% since 2001? Or that female veterans under 30 die by suicide at six times the rate of civilian women? Or that 23% of female service members were sexually harassed in 2014 alone? Maybe you should rename your group Male Marines United, because you certainly aren’t doing anything to help those fellow Marines.

If you can’t see the shame in your actions and the dishonor you’ve brought to the Corps, then I don’t know how you became a Marine in the first place.

You call yourselves a bunch of alpha males. In the Corps I left, alpha males didn’t need to go around calling themselves alpha males. Marines took responsibility for their actions, and men stood up for women, fought for right and freedom, and kept their honor clean.