North Carolina Teen, Whose Dream Was To Join The Corps, Killed By Marine Drunk Driver

More than anything else, 17-year-old Joseph Collins wanted to be a Marine. The teen was well on his way to... 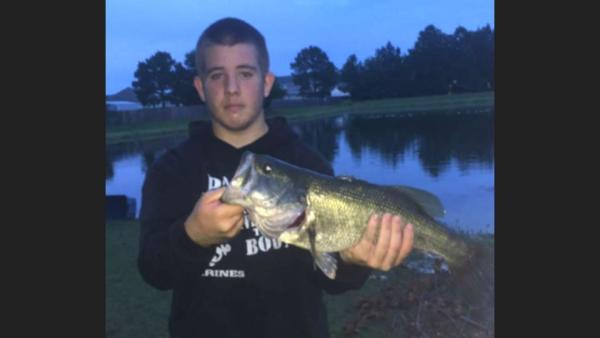 More than anything else, 17-year-old Joseph Collins wanted to be a Marine. The teen was well on his way to achieving this goal, having scored an 84 on the ASVAB and set to ship out in February.

His mother, Jennifer, said Joseph celebrated his birthday a little more than a month ago and was ready to enlist. Joseph was killed Friday night after being struck by a vehicle. The driver of the vehicle was a former Marine who now faces charges, including a DWI and felony death by motor vehicle.

“Every since he was small he wanted to join the Marines,” Jennifer said. “That was his dream.”

Joseph idolized his great-grandfather, John McGartor, who was a master gunnery sergeant in the Marine Corps.

With one semester left at White Oak High School, Joseph planned to finish his senior year and make the transformation to a Marine diesel mechanic.

“He was very outgoing, very funny sense of humor,” Joseph’s father, Christopher, said. “He had a magnetic charisma.”

During school fundraisers, Joseph could raise money with the best of them. His way of talking to people was compelling, and his dad explained that’s what made him great salesman and great at fundraising.

His mother, Jennifer, says Joseph had a “heart of gold” and would talk to anybody and not judge them by their walk of life or appearance.

His sister, Jenna Lane, remembers her brother as “extremely giving,” with a great sense of humor.

“We were always being ridiculous together,” Jenna said. “We’d have sibling wars competing with each other over stupid things. I remember always ganging up on our dad to pull pranks.”

What Joseph wanted more than anything, Jenna explained, was to join the Marine Corps.

“I feel robbed someone took that from him,” Jenna said.

Joseph’s dream was taken away from him too early, when he never returned from a quick trip to the grocery store.

“I’ve got to say this. The very thing he wanted to be, he was killed by,” Jennifer said of the Marine driver. “It’s just tragic that his life was taken by a drunk driver.”

Joseph’s dad, Christopher, explained the driver was just one individual who made the decision to drink and drive and he didn’t want that to reflect on his family’s view of the Marine Corp.

“It’s just incredible painful,” Christopher said. “I'm sure it would be for any parent to lose their child.”

Despite such a difficult time, his family remembers Joseph as “extremely giving” and with “a heart of gold.”