A teen who fatally stabbed a Kaneohe Bay Marine during an attack by 15 youths in the early morning hours of Oct. 21, 2017, in Waikiki pleaded guilty to a reduced charge of manslaughter Friday and will serve no more than 20 years in prison 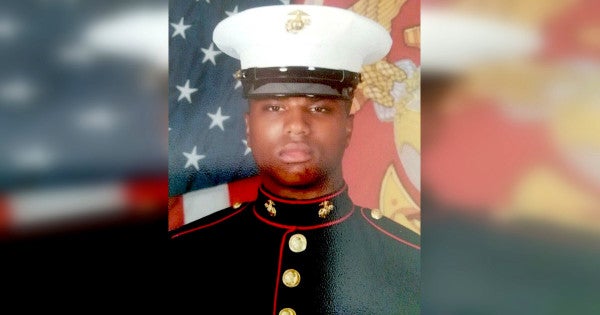 A teen who fatally stabbed a Kaneohe Bay Marine during an attack by 15 youths in the early morning hours of Oct. 21, 2017, in Waikiki pleaded guilty to a reduced charge of manslaughter Friday and will serve no more than 20 years in prison.

The plea deal involving Nicholas Earl Torres, who was 16 at the time of the attack on Sgt. William Brown, 23, and the Marine's three friends was accepted by Circuit Judge Paul B.K. Wong. Torres had been charged as an adult with second-degree murder and faced life in prison with the possibility of parole.

The mob attack raised concerns with the Waikiki Improvement Association about the hundreds of teens who live on the streets in Oahu's main tourist district and left the victim's mother wondering why the other offenders weren't charged.

According to Deputy Prosecutor Lawrence Sousie, Brown died from a single stab wound under his left armpit. A police affidavit said Torres told a 15-year-old youth holding the knife to “stab this f——r!” then grabbed the knife and did it himself. The weapon pierced Brown's heart and left lung.

Torres had earlier threatened someone with the hunting knife at Pearlridge Center, according to law enforcement officials.

Brown's mother, Betty Reese-Luster, who flew in from Memphis, Tenn., for the plea change, said her son, the younger of her two boys, was friendly, happy and loving.

“He always hugged,” she said after the hearing. “He would do anything in the world for you.” The Marine's aunt, Gloria Graham, also was there.

Brown was an 81-mm mortarman with Weapons Company, 3rd Battalion, 3rd Marine Regiment who decided in high school he wanted to join the Corps.

“It's been almost two years, but it seems like it was yesterday,” Reese- Luster said of her son's death. “To lose your son certainly is the hardest thing I've ever had to deal with in my life, and it's an ongoing battle just to really stay sane, to be perfectly honest. To keep going, to stay sane.”

Reese-Luster said her feelings about the plea agreement were “all over the place.”

“This gives some type of closure to know that he (Torres) will spend, hopefully, the full 20 years in prison for the death of my son,” she said. “But at the same time, there were 15 juveniles involved in this, and as of today, the other 14 have never been charged.

“So I still want answers. There are still some answers that I want from Hawaii, this city.”

Wong set sentencing for Sept. 6. The Hawaii Paroling Authority will determine how many years Torres, now 18, will serve before being eligible for release. He remains in custody on $500,000 bail.

Brown, former Marine Brian Smith and his girlfriend, and another Marine were walking at the corner of Royal Hawaiian and Kalakaua avenues at about 12:30 a.m. Oct. 21, 2017, when they encountered the group of juveniles. According to statements in a previous court hearing, when two females in the group offered to sell them marijuana, Brown and the others told the girls, “Don't you look a little young? You still have braces. What are you doing out this late?”

Smith, who was in court Friday to support Reese- Luster, said after the hearing that the teenagers then attacked.

“There was a huge group of kids, all attacking us four,” he said, but mainly his then- girlfriend, Lauren, who was on the ground.

“It was all one big mess,” Smith said. “They attacked Lauren first and then when we tried to go protect Lauren, they all started attacking us as well.”

Reese-Luster said the woman was beaten, her purse was stolen and she required stitches.

The melee — including the stabbing — occurred in just “20 seconds, 30 seconds,” Smith said. Police said the teens scattered after that.

“We all just got the cops called right away and then started CPR, started doing what we could to save (Brown).”

The Marine was transported to The Queen's Medical Center, where he died. According to police, Torres was seen on surveillance cameras at the scene of the stabbing, running away and bending down at a storm drain where the knife was later recovered.

Two uniformed Hawaii Marines who were friends of the victim also attended the hearing. Brown “was always laughing, energetic. He was just a great person to be around,” said Cpl. Cory Watkins.

Cpl. Devon Waddell said Brown had a big impact on his life. He was “a very good, friendly, very outgoing (person). Very loving and caring,” he said. “It's a big impact, but we keep our heads high and we move forward.”