A Vietnam vet with terminal cancer wanted snow for Christmas, so his family brought it to him… in Florida

This year, a Vietnam veteran with terminal cancer had only one wish for Christmas: He wanted to make a snow angel. And that's exactly what he got. 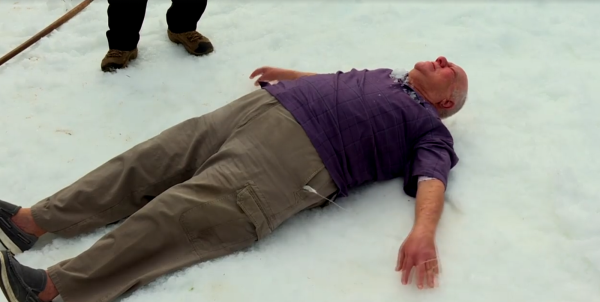 This year, a Vietnam veteran with terminal cancer had only one wish for Christmas: He wanted to make a snow angel.

And that's exactly what 76-year-old Albert Septien got: A snow day in Florida.

Knowing that his time was likely limited, his family enlisted the help of his Tampa Bay community to bring him a white Christmas, according to local CBS affiliate WTSP news, which first broke the story.

“This year has really been hell on earth,” Septien told WTSP.

In May, Septien was diagnosed with melanoma, but by Thanksgiving, the disease had spread, and his doctors informed him that this would likely be his last Christmas, according to Daily Mail.

So, when Septien told his cousin, Jose Maestre, that all he wanted for the holidays was to make a snow angel, Maestre knew exactly what he had to do.

He contacted the Black Dagger Military Hunt Club, a veterans non-profit that puts on outdoor events for current and former service members. On Christmas Eve the charity rolled in a snow machine and carpeted Septien's lawn with 16,000 pounds of fresh snow.

“I just came out, and there it was. I couldn't believe it. Unbelievable,” Septien told WTSP.

And then, Septien laid down, and made his snow angel.

“Laying in the snow, it took me back to being a little kid,” Septien told WTSP. “It felt like heaven.”