A career Fort Worth defense contractor who spent time in prison for lying to the government is in trouble again for similar conduct, which investigators say could have compromised troop safety and led to the disclosure of U.S. technology secrets to foreign governments 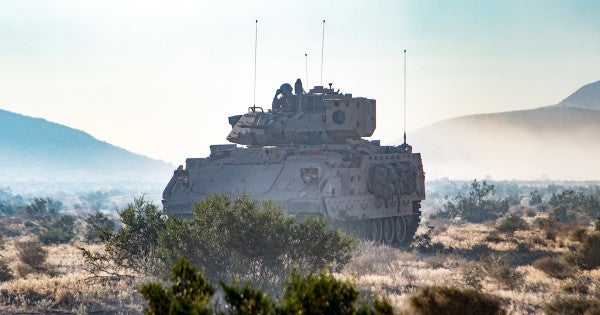 A career Fort Worth defense contractor who spent time in prison for lying to the government is in trouble again for similar conduct, which investigators say could have compromised troop safety and led to the disclosure of U.S. technology secrets to foreign governments.

Ross Hyde, 63, has been charged in federal court with making false claims about the type of aluminum he provided under a contract for aircraft landing gear, court records show. He faces up to five years in prison, if convicted.

Hyde, a machinist, has said in court documents that he's worked in the industry all his life. His latest company, Vista Machining Co., has supplied the Pentagon with parts for tanks, aircraft and other military equipment — mostly hardware and machined metals — since 2008. But inspectors said many of his products were cheap replacements, some illegally obtained from China, which he tried to hide from the government.

Substituting cheap knockoffs, sometimes from foreign companies, is an old trick of the unscrupulous contractor. It can cause serious safety problems for members of the military if the parts are used in critical systems. It's also a consistent problem, if one looks at Justice Department announcements of indictments and news reports over the years.

Public records show that the Fort Worth businessman, a second-generation defense contractor, had encountered financial troubles in recent years, including bankruptcies and an IRS lawsuit for unpaid taxes.

But Vista has earned more than $20 million from government contracts, according to a government database. The case highlights the government's questionable oversight of its defense contractors, who are able to keep selling Uncle Sam goods despite being repeat offenders.

“At some point the government has to assess whether Hyde is a responsible contractor or too risky to do business with,” said Scott Amey, general counsel for the Project on Government Oversight, a nonpartisan watchdog that keeps a database of federal contractor misconduct. “Corners are cut by all companies. … The real question is, do they get caught and how does the government react?”

Hyde pleaded guilty in 1997 to a charge of false statements by a government contractor. He was sentenced to one year in prison and a $60,000 fine. His father and Hyde's company, Ordnance Parts Inc., also were charged in the case. Details of the allegations in that case are unavailable due to its age. Hyde was barred from working as a government contractor for three years as a result.

He got on regulators' radar again in 2015 when the Defense Criminal Investigative Service raided Vista's offices. Hyde and his company were given a three-year ban on receiving contracts in October 2016.

Hyde could not be reached. His lawyer declined to comment about his criminal case. Vista's phone number is currently out of service.

Hyde's charging document in the new criminal case details a single transaction. It says that in January 2015, Hyde billed the government $12,897 for a part that he falsely claimed used a superior type of aluminum. In fact, he substituted a weaker and less expensive variety of the metal, prosecutors allege. The contract was for aircraft landing equipment, according to a federal contract database.

The Defense Logistics Agency, which investigated Hyde and ultimately excluded Vista, said in a 2017 report that his company “willfully” violated federal rules and law multiple times in filling orders. In addition to wasting money, Vista's behavior “forced the government to purge unreliable Vista parts from its inventory before they are inadvertently installed on weapon systems that take U.S. service members into harm's way,” the agency's report said.

Vista also used vendors not authorized to receive “technical data that discloses critical technology with military and space application.” The Fort Worth company had obtained quotes from approved vendors but instead chose low-bidders from Chinese companies, the agency said. In one case, Vista paid another company to “grind off” a marking indicating the part was made in China, the agency's report said.

“These breaches not only call into question the reliability of the parts Vista delivered, but leaked sensitive technical data to unauthorized parties,” James Coyne, an official with the logistics agency, wrote in a memo.

Bad parts, mostly supplied by small contractors, are an ongoing problem in the defense industry. Amey, of the watchdog group, said nearly all suspensions and exclusions are against smaller contractors. The same is mostly true of criminal prosecutions.

An Ohio man, Stephan D. Boggs, 64, was sentenced to 24 months in federal prison in 2017 in a case similar to Hyde's. Boggs supplied inferior and defective materials in his parts that were used in military aircraft, vehicles and vessels, according to prosecutors.

Owners of large companies typically do not go to prison, but they have paid millions of dollars in fines for overcharging the Pentagon for products and services. Lockheed Martin, one of the biggest defense contractors, agreed to pay $15.8 million to the government in 2012, for example, to settle allegations that it overcharged for tools used on military aircraft like the F-35 fighter jet.

Between 2013 and 2017, more than 1,000 criminal cases were brought against defense contractors, according to a Department of Defense report to Congress. The majority of those, about 670, involved individuals as opposed to companies.

“The Justice Department is up and down about going after companies and individuals,” Amey said. “Many times the government moves civilly, and is happy collecting a monetary fine or penalty, even in fraud cases.”

Hyde said in lawsuits against the government that he has nearly 50 years' experience “supplying critical parts” to the Defense Department. He began working in his father's machine shop at 13, packing products for the government. Three years later, he was crafting metal parts himself in the shop with a lathe and milling machines, he said.

He started a company called Phoenix Manufacturing & Supply in 1994.

Hyde, his father and two other men all pleaded guilty in 1997 to making false statements. Hyde was the only one to get prison time. The others received probation, according to docket records. And Ordnance Parts, the company Hyde has said he started while in his 20s, was assessed a $20,000 fine.

Phoenix Manufacturing & Supply filed for Chapter 7 bankruptcy in 2007, with no assets and more than $1 million in liabilities, according to court records.

Hyde started Vista in 2008 when he was in the midst of financial troubles, court records show. His new Lexus was repossessed the following year. And in 2010, he filed for personal bankruptcy, listing $1 million in assets, most of which came from his house, and $562,426 in liabilities. He listed just $20,550 in income in 2010 and said his parents had helped him pay his expenses “in the last several years.”

In a September 2010 bankruptcy filing, Hyde said he was the owner of Vista Machining, which “carries no inventory, owns no machinery or equipment” and could be sold for a maximum of about $4,500.

In 2012, the IRS won a $298,997 judgment against Hyde for unpaid taxes, some of which included Vista employment taxes.

But Vista, which Hyde described as a “nuts and bolts” distributor, started getting government work.

Hyde said in a 2014 interview with the Fort Worth Business Press that 90% of Vista's business was supplying parts for U.S. military ground vehicles, including the Bradley tank, the M1 tank and an armored personnel carrier. He told the paper he envisioned his parts getting to the troops, saying, “I take a patriotic pride in this business. We're making parts for our national defense. It gives you a sense of pride.”

Business was good, he told the Press, and his company had a top rating. At its height, Vista employed 23 people, according to court records.

Vista would go on to fill more than 7,400 government purchase orders with a rejection rate of less than 1%, Hyde said in his lawsuit against the government. He said he was “personally involved” in manufacturing the parts. “Vista-trained employees — and Mr. Hyde himself — inspect every part it manufactures multiple times before shipping it” to the federal logistics agency, his lawsuit said.

Vista's work started getting low marks for quality in 2015, and the government began rejecting his parts.

Coyne, the Defense Logistics Agency official, wrote in his report that Hyde and Vista “displayed an inability or unwillingness to rectify these deficiencies.” The company could not maintain an adequate quality control system, he added.

“By definition, the failure of critical application items could injure personnel or jeopardize a vital military mission,” Coyne wrote in his report.

In some cases, Vista failed to deliver on contracts it won, resulting in cancelled purchase orders, he wrote in the report. In others, orders were canceled after Vista asked to substitute surplus materials, or switch to a non-approved manufacturer, Coyne wrote.

Vista said in a lawsuit challenging its three-year exclusion that the 2015 raid during which agents seized company records “immediately paralyzed Vista's ability to deliver on pending orders and work in progress.”

Without the ability to complete defense contracts, Hyde and Vista will be “forced to immediately shutter the business and face unemployment and financial ruin,” Vista said in a 2018 lawsuit against the government.