The 1,000 Texas National Guardsmen deployed to the southern border to aid with an influx of immigrants earlier this year will return home next week after the completion of their mission, Pentagon officials said. 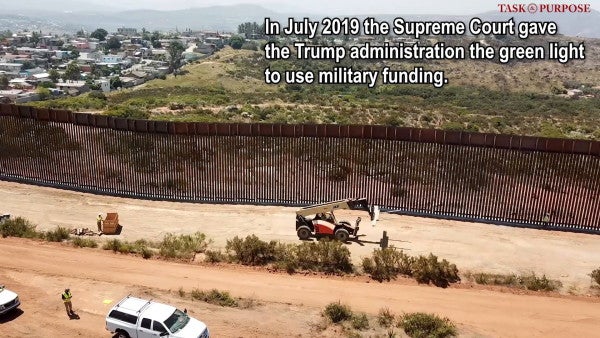 AUSTIN, Texas — The 1,000 Texas National Guardsmen deployed to the southern border to aid with an influx of immigrants earlier this year will return home next week after the completion of their mission, Pentagon officials said.

The return of the troops will mark the end of a controversial “short-term mission” by Texas Gov. Greg Abbott, which Democrats decried as “reckless, unnecessary” and a potential harm to the U.S. trade relationship with Mexico. Abbott characterized the deployment as Texas doing a job the national government had reneged on.

In June, Abbott announced he would send the National Guard to the southern border to aid the federal government in mitigating the flow of migrants, especially from Central America, into the United States. He described an “escalating crisis” as 144,000 migrants had crossed the southwestern border in May, leading to overcrowding in federal holding facilities that resulted in allegations of child neglect and poor treatment by immigrants rights lawyers.

The 1,000 troops were to help federal immigration authorities at ports of entry and provide “supplemental staffing” at new immigration holding facilities in Donna and Tornillo, which together could house up to 4,500 people.

While Abbott chided Congress for not increasing funds to the Border Patrol to deal with asylum-seeking immigrants — particularly children — who had overrun holding facilities, the two facilities where the National Guard was sent only housed adults.

Abbott said the federal government would pay “100% of the costs” for the mission, which was set to last through Sept. 30. Later, the mission was extended through Nov. 15.

The Pentagon confirmed it would pick up the tab but could not provide a total cost for the mission on Wednesday.

Apprehensions at the Mexican border peaked in May, but steadily fell with 104,000 detained in June; 82,000 in July; 63,000 in August; and 53,000 in September. Texas National Guard troops arrived at the border in late July and early August.