Two years after approving open carry and campus carry bills during the 2015 legislative session, Texas lawmakers are debating proposals that would give the state... 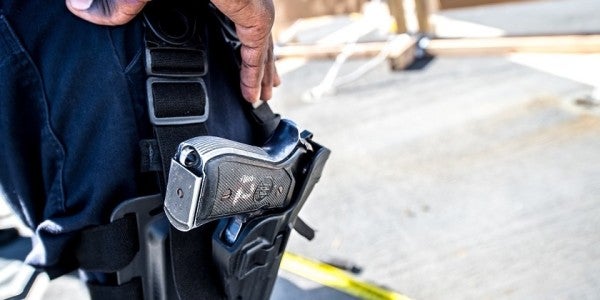 Two years after approving open carry and campus carry bills during the 2015 legislative session, Texas lawmakers are debating proposals that would give the state some of the laxest gun laws in the country.

The House Committee on Homeland Security and Public Safety heard hours of public testimony Tuesday on two bills that would allow Texans to carry a handgun (open or concealed) without obtaining a gun license and completing the required safety training. Any Texan who would ordinarily be denied a gun license would not be allowed to carry a gun.

“This bill means a lot to me because it means so much to my constituents and Texans everywhere,” said Rep. Jonathan Stickland, R-Bedford, the author of one of the measures. “I don't think the government has the right to sell us back our rights.”

Similar proposals moving through the Legislature are from Stickland and James White, R-Hillister. Stickland filed a permitless carry bill during the 2015 legislative session, but it didn't receive a committee hearing.

Constitutional carry is the most attention-grabbing gun bill this year, although proposals to lower the cost of obtaining a license are progressing through both chambers and are expected to have an easier time landing on the governor's desk than the permitless bills.

Stickland told the panel Tuesday that despite how critics frame his proposal, his constitutional carry bill would not change who is authorized to carry guns or where they can be carried. It doesn't eliminate the option of having a gun license.

Stickland said he was promoting the legislation because he doesn't like “the idea of begging government for the right to carry” and because he wants to promote “personal responsibility.”

Both Stickland's and White's measures are expected to cost the state nearly $38 million in the first two years due to lost revenue from license fees. During the same period, the state will save more than $600,000 in costs associated with processing and issuing licenses and applications.

A prediction from the Legislative Budget Board shows the number of license applications and renewals through the Texas Department of Public Safety would decline 90 percent in the first year under a constitutional carry law.

Rep. Justin Holland, R-Rockwall, raised questions about what age limits, if any, would exist under Stickland's bill, because 18-year-olds are allowed to possess guns, but only Texans who are 21 or older can apply for a license to carry. He also questioned how it would affect campus carry, the law adopted last session that allows people with gun licenses to carry on public university campuses.

Stickland said his bill would allow 18-year-olds to carry on campuses despite the current regulations that limit campus carry to people over 21. He said questions about the age required for obtaining a license would have to be addressed in a different bill.

Representatives from the Combined Law Enforcement Associations of Texas, the Dallas County Sheriff's Office and the Houston Police Department told lawmakers they don't support constitutional carry because it would make it harder for law enforcement to do their jobs.

Things got heated during the conversation on Stickland's bill after two members of the public compared the requirement for someone to obtain a gun license to slavery. Rep. Jarvis Johnson, D-Houston, said he was insulted by such comparisons because slaves “couldn't choose how to think,” much less share their experiences with a government committee.

“So I take it as insult when you try to compare your constitutional right to carry a gun to involuntary slavehood where men and women were raped by a slave owner who had the right to carry a gun,” Johnson said. “I would prefer … to limit your comparison to a law that we all have to live by — you and I both, no matter what our skin color is — let's stop comparing slavery to constitutional carry.”

The committee left Stickland's bill pending and is expected to do the same with White's proposal.

Stickland's and White's bills don't have companions in the Senate, but Sen. Don Huffines, R-Dallas, said he is “eagerly awaiting the opportunity to sponsor” the bill if it gets to the upper chamber.

“Thankfully, Texans do not have to obtain a permit to go to church, to speak their minds, or to communicate with their elected officials about the direction our government is headed,” Huffines said in a prepared statement. “Texans do, however, have to get a state-issued permission slip in order to exercise their God-given Second Amendment right to protect themselves and their families. That's unacceptable.”