A 28-year-old west Fort Worth man accidentally shot his brother to death early Sunday as he showed him and other relatives a handgun and lined its sights at a bedroom shelf, police said 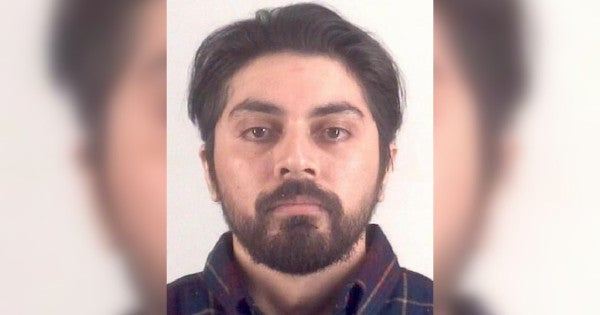 A 28-year-old west Fort Worth man accidentally shot his brother to death early Sunday as he showed him and other relatives a handgun and lined its sights at a bedroom shelf, police said.

Police arrested Del Gadillo on suspicion of manslaughter in the death of his brother, Carlos Del Gadillo, 30.

The shooting occurred as the brothers were watching UFC fights in Ricardo's bedroom in the 4600 block of Dilworth Court with two other relatives, he told police. Ricardo Del Gadillo, a military veteran, had been showing the others his rifle and XDM 9mm handgun.

“He said he was showing them how you hold the gun when he pointed the gun, was lining up the sights at a shelf, and he pulled the trigger,” Fort Worth police Detective Paul Vega wrote in an affidavit seeking an arrest warrant.

The gun fired once. Carlos, shot in the chest, fell to the ground.

Ricardo Del Gadillo and the other relatives put Carlos in a vehicle and drove him to a medical clinic, Complete Emergency Care, in the 6000 block of Camp Bowie Boulevard. They arrived about 1:30 a.m.

Ricardo applied pressure to his brother's wound in the back seat on the way to the clinic.

Carlos Del Gadillo was taken in an ambulance to John Peter Smith Hospital, where he was pronounced dead.

In the interview with Vega, Del Gadillo said he “always has the gun loaded with one in the chamber.”

He said that after the shooting, he set the gun down in his room and that it had been an accident.

“Ricardo said he should have put the firearms away once they started drinking,” Vega wrote.

Police executed a search warrant at the Dilworth Court house and found a XDM 9mm handgun on a table next to a bed.

A single 9mm casing was under a desk. What appeared to be blood was on the floor.