The Atlanta VA has abandoned more than 200,000 health care applications this year alone

An arm of the Veterans Affairs Department in Atlanta eliminated 208,272 applications from across the country for health care early this year amid efforts to shrink a massive backlog of requests, saying they were missing signatures or information about military service and income 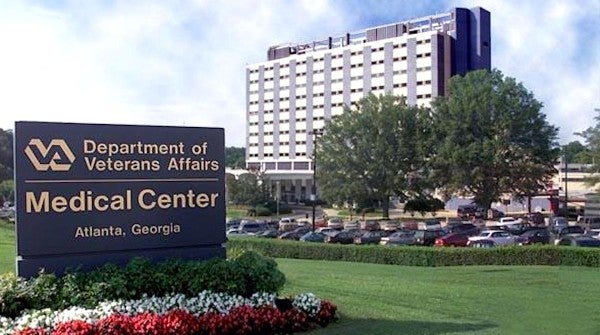 An arm of the Veterans Affairs Department in Atlanta eliminated 208,272 applications from across the country for health care early this year amid efforts to shrink a massive backlog of requests, saying they were missing signatures or information about military service and income, according to records reviewed by The Atlanta Journal-Constitution.

Veterans groups say the VA should have done more to communicate with the veterans before closing their applications, some of which date back to 1998. Troops face additional challenges in applying for VA health care, they said, as they grapple with reentry into civilian life, change addresses following overseas deployments and suffer from combat stress.

In the middle of the controversy is the VA's Health Eligibility Center, the Atlanta office that oversees the process by which veterans seek access to the VA medical system. It and its parent agency have come under intense scrutiny in recent years for mismanagement and delays in providing medical care, presenting a thorny challenge for the administration of President Donald Trump, who focused on veterans' care during his presidential campaign.

As of April, 8.8 million veterans were enrolled in the VA's health care system, the agency's records show. The VA said it enrolled 395,417 people in its health care system and rejected 98,897 in the fiscal year ending in September. Its backlog of pending applications totaled 317,157 in April, down from a high of 886,045 last year, according to records the VA sent the AJC.

That current backlog is still “way too high,” said Jeremy Butler, CEO of Iraq and Afghanistan Veterans of America, a New York-based advocacy group. He suggested additional collaboration between the VA and veteran service groups could shrink it more.

“Something is not quite working right if we are not getting that number lower than it is,” he said. “We need to be working together to get that number down.”

Butler joined Adrian Atizado, deputy national legislative director for Disabled American Veterans, a nonprofit charity based in Kentucky, in criticizing the VA's efforts to reach the veterans before rejecting and closing their 208,272 applications.

The VA sent out one rejection letter to each of those applicants in 2016. In 2017, a bipartisan group of federal lawmakers — including Georgia Sen. Johnny Isakson — urged the VA to send the applicants an additional letter clarifying what missing information they needed to turn in. The lawmakers were responding to allegations that a coding error caused the VA to send veterans incorrect letters about what they still needed to submit.

The VA said it opted against sending an additional letter after its Office of Inspector General determined there was no such error and that the letters it sent in 2016 were appropriate and complied with federal law.

Isakson, who leads the Senate Veterans' Affairs Committee, was unavailable for an interview, according to an aide. But his spokeswoman said the VA took Isakson's recommendation to have the inspector general review the issue and then briefed the senator's committee about its decision to close the applications.

Atizado called the VA's decision to send just one letter to the applicants in 2016 before closing their cases this year “quite unfortunate.”

“When we hear about the VA not taking a more thoughtful approach to a situation like this — when they only send one letter because they have an incomplete application — I think we all should be expecting our government and this administration to do better by our veterans,” he said.

The VA said veterans may reapply for health care. The agency said it is now striving to contact people about incomplete applications up to six times each with phone calls and letters. Its Health Eligibility Center in Atlanta, meanwhile, has added 115 employees since July of 2016.

The 208,272 eliminated cases didn't receive such treatment, though. That also has drawn renewed criticism from Scott Davis, a VA employee and whistleblower who testified before Congress in 2014 about problems at the VA's Health Eligibility Center, located off Clairmont Road.

“This purge has the dual effect of letting the VA avoid the work of processing the applications and absolving the agency of any responsibility for veterans' delayed access to health and disability benefits,” Davis wrote in an article for the Washington Examiner in May.

Defending its decision, the VA pointed to a federal law that says applications that remain incomplete for a year cannot be approved.

“In accordance with federal law, VA closed 208,272 incomplete health care enrollment applications between January and February,” the VA said in a prepared statement. “It would have been illegal for VA to keep the applications open.”

Davis disputed that, saying the law doesn't say anything about closing applications. In an interview, he accused the VA of “purging applications under a law that does not give them the authority to do so.”

Asked how many of the 208,272 applications the agency closed were from former prisoners of war, Purple Heart recipients and combat veterans, the VA told the AJC that the newspaper would have to file a request under the federal Freedom of Information Act for that information. The AJC did that last month and its request is still pending.

The Atlanta Journal-Constitution has reported extensively on problems in the Veterans Affairs Department's health care enrollment process for years, including delays in treatment. Read all of the newspaper's coverage on ajc.com