Relatives of Osama bin Laden, the al-Qaeda leader behind the September 11, 2001, terrorist attacks, spoke out in an interview with... 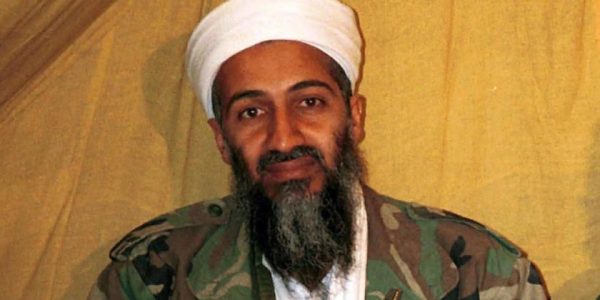 Relatives of Osama bin Laden, the al-Qaeda leader behind the September 11, 2001, terrorist attacks, spoke out in an interview with The Guardian published Friday about their family's dark legacy — and they suggested that the family's involvement with terrorism hadn't ended with bin Laden's 2011 death.

Living sheltered lives as a prominent but controversial family in their native Saudi Arabia, several of the family members opened up about bin Laden's childhood and his eventual transformation into one of the most notorious figures in recent history.

But while bin Laden's career as a terrorist and head of Al Qaeda came to an end at the hands of US Navy SEALs in a midnight raid on his hideout in Pakistan, his militancy seems to have taken root in his youngest child.

Bin Laden's family believes his youngest son, Hamza, has followed in his father's footsteps by traveling to Afghanistan, where the US, Afghanistan's national army, and NATO have been locked in a brutal war with Islamic militants since shortly after the Twin Towers were destroyed.

Hamza, officially designated a terrorist by the US, apparently took his family by surprise with an endorsement of militant Islam.

“We thought everyone was over this,” Hassan bin Laden, an uncle of Hamza, told The Guardian.

“Then the next thing I knew, Hamza was saying, 'I am going to avenge my father.' I don't want to go through that again. If Hamza was in front of me now, I would tell him: 'God guide you. Think twice about what you are doing. Don't retake the steps of your father. You are entering horrible parts of your soul.'”

After the September 11 attacks, some members of bin Laden's family remained in touch while others led a quiet life under the supervision of the Saudi government and international intelligence agencies.

Many of the bin Ladens have sought to put their history behind them by avoiding media and politics, but Hamza's apparent support of his father's ideas suggests Osama bin Laden's embracing of terrorism may have come back to haunt them.