The DC VA hospital was close to shaking its ‘culture of complacency.’ Then the psych ward breakout happened

The VA Medical Center in Washington, D.C. has taken steps to overcome a "culture of complacency" that put patients at risk. But the reform effort suffered another setback last month with a bizarre escape from the locked psychiatric ward, a House subcommittee was told Thursday 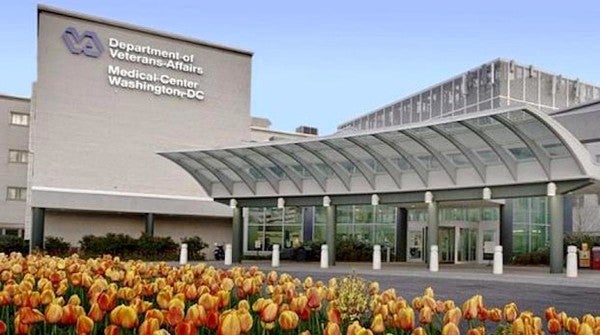 The VA Medical Center in Washington, D.C. has taken steps to overcome a “culture of complacency” that put patients at risk. But the reform effort suffered another setback last month with a bizarre escape from the locked psychiatric ward, a House subcommittee was told Thursday.

The May 5 escape from a third-floor unit, first reported by NBC4 Washington, occurred when a 29-year-old patient allegedly broke through ceiling tiles in the shower room and made his way to an adjoining office.

From there, he allegedly went to the emergency room and had staff call a cab for him, although he was wearing only a hospital gown, NBC4 Washington reported.

Prince William County, Virginia, police later reported arresting the patient at the home of a female relative and charging him with abduction and assault and battery.

In response, the medical center said in a statement that policies and procedures were being reviewed but patient privacy rules barred further comment.

“Incidents like this remind us that there's a long road ahead” in overcoming deficiencies at the hospital, said Rep. Gerry Connolly, D-Virginia, chairman of the House Subcommittee on Government Operations. Other problems already led to two scathing reports from the VA's Office of Inspector General and a rating as one of the poorest performing in the VA system.

The Washington VA Medical Center was once a “flagship” for the system and now “unfortunately, it's anything but,” after going through five directors in a little over two years, Connolly said at a subcommittee hearing.

The problems at the main hospital extended to outlying clinics, said Rep. Eleanor Holmes Norton, a Democrat who is the District's delegate but cannot vote on the House floor.

In questioning Michael Heimall, who took over as director of the Washington, D.C., VA Medical Center last October, Norton noted that the DC Community Based Outpatient Clinic in southeast Washington was ordered closed this week because of a broken sprinkler system.

Norton said there were rumors in the community that the aging clinic was about to close permanently and she wondered what would happen to the veterans who “don't have anyplace to go now.”

Heimall, the former director of Walter Reed National Military Medical Center, in Bethesda, Maryland, said no final decision has been made on whether to close the clinic. The lease is up in September.

In his testimony, VA Inspector General Michael Missal said his teams had found widespread problems in the Medical Center's supply systems and inventories, a backlog for prosthetics, risks for unsterile equipment being used in surgeries, and a “culture of complacency” in the staff.

At one point, the hospital's entire blood supply had to be thrown out because it had been improperly stored, he said.

“The problems we identified were pretty well known at the facility,” but rather than address them “they just decided they were going to live with them and have work-arounds,” Missal said.

However, Missal also said the hospital's performance has improved since Heimall took over and stopped the revolving door in leadership.

“Overall, we found important progress being made at the medical center” with new hires leading to improved efficiency, Missal said.

Heimall said the 149 new hires would help “make sure we never repeat the failures highlighted by IG's report.” He also pledged to see through the reforms as the permanent director.