A new Vietnam War film tells a story of battlefield heroism, and the desperate fight to see it recognized

The upcoming Vietnam War drama "The Last Full Measure" tells the story of Airman 1st Class William Pitsenbarger's heroic courage in the jungles of Vietnam in 1966, and the decades-long fight by his fellow soldiers to see him awarded the Medal of Honor. 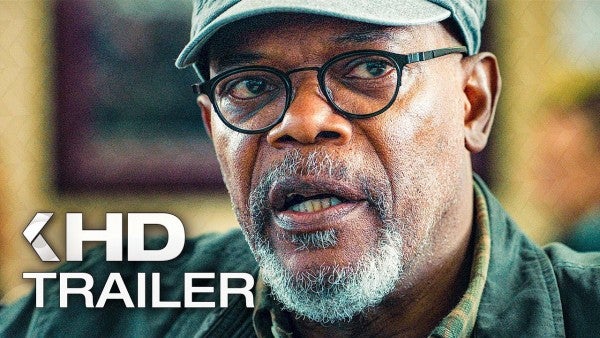 The upcoming war drama The Last Full Measure tells the story of two battles: a traditional tale of combat, fought in the jungles of Vietnam in 1966, and then, three decades after, the fight to see the heroism of that day properly recognized.

On April 11, 1966, Airman 1st Class William H. Pitsenbarger responded to a call to evacuate casualties with the Army's 1st Infantry Division near Cam My during a deadly firefight. The incoming fire was so fierce, the medevac chopper was forced to withdraw. Despite the dangers on the ground, the Air Force pararescueman refused to leave the soldiers trapped below.

In the brutal fighting that followed, the unit suffered more than 80 percent casualties as their perimeter was breached. Pitsenbarger was fatally wounded in the battle, and died fighting alongside the men he'd come to save.

More than three decades later, those men waged another battle to see Pitsenbarger's Air Force Cross upgraded to the Medal of Honor. On Dec. 8, 2000, they won, when Pitsenbarger was posthumously awarded the nation's highest decoration for valor.

The Last Full Measure appears determined to tell those two stories when it premieres on Jan. 17, 2020: one of battlefield bravery; the other of brotherhood and loyalty in the face of government bureaucracy and red tape.

Written and directed by Todd Robinson, The Last Full Measure boasts a star-studded cast: Sebastian Stan, of Avengers fame, plays Scott Huffman, a Pentagon official charged with investigating Pitsenbarger's Medal of Honor upgrade. As he sets about compiling his report he interviews Pitsenbarger's parents (Christopher Plummer and Diane Ladd), who set him on a different path: If he wants to know what happened that day, he needs to talk to the men who were there. Those men are played by Ed Harris, Samuel L. Jackson, and Peter Fonda.

In the trailer, the firefight is shown through flashbacks, as a way to offer the perspective of the men who witnessed the PJ's heroism and selflessness firsthand.

At one point, a soldier asks Pitsenbarger (played by Jeremy Irvine) why he's there?

“Because you're here” is the reply.

The other half of the film appears devoted to the fight to see his courage recognized, and to find answers as to why it took so long.

“That was one of the aspects that really attracted me,” actor and military adviser Dale Dye told Task & Purpose. “They were like bulldogs,” he said of Pitsenbarger's fellow PJs and the soldiers he fought alongside that day.

“They were absolutely bound and determined no matter how much time had passed to correct what they saw an inequity, and to honor a guy who did so much for them,” added Dye, a former Marine and a Vietnam veteran who plays a United States senator in the film who joins the campaign to see the award upgraded. “That to me is the essence of the brotherhood that is molded and forged in war. If there's ever been an example of it, here it is.”

Based on the trailer, the story of getting Pitsenbarger's award upgraded to the Medal of Honor seems to be largely told through the perspective of Huffman, the Pentagon official played by Stan, who in the film discovers that documents pertaining to the mission are missing, or redacted, hinting at some broader conspiracy to keep them hidden.

“We shouldn't have even been there,” Ed Harris says in the trailer. “Nobody should have. It was friendly fire. We were fighting our own men.”