The Military Has A Whole Menagerie Of War Animals

The U.S. military has been using elephants to research how to detect explosives, but this isn’t the first time the … Continued 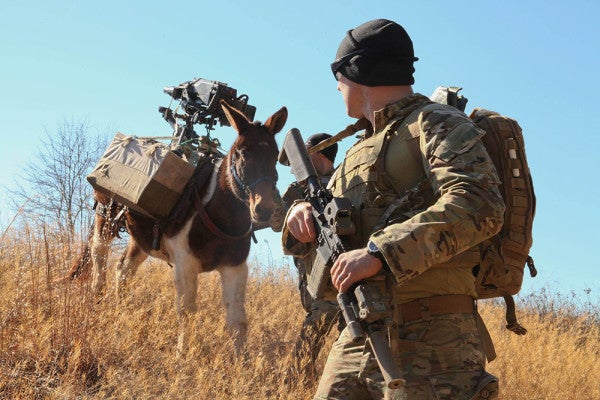 The U.S. military has been using elephants to research how to detect explosives, but this isn’t the first time the massive mammal has seen military service, nor is it the first time that the U.S military has used animals for war. For example, special operations forces occasionally use donkeys to help transport gear and equipment.

Washington Post reporter Dan Lamothe compiled a list of land and marine animals that have been used for national security and defense — from pigeons who carried messages, or cameras for spying during World War II, to sea lions who were trained to alert maritime crews about enemy swimmers. There have even been attempts to tame rats — yes, rats — so they could sneak about unseen and detect possible explosives or booby traps.