The Department of Defense released its Law Of War Manual, on June 12, and the new provisions surrounding wartime news … Continued 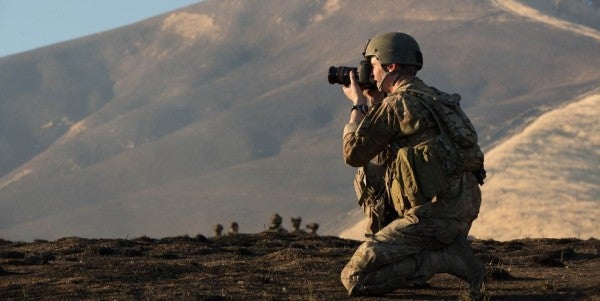 The Department of Defense released its Law Of War Manual, on June 12, and the new provisions surrounding wartime news coverage have some journalists leery. An op-ed by The New York Times editorial board looks at the 1,176-page document — the first of its kind — and considers the implications behind its new guidelines, some of which can make journalists’ work cumbersome, more dangerous, and even subject to censorship.

At one point the manual says that in some cases journalists can be deemed “unprivileged belligerents,” a legal term that affords fewer protections than the declared combatants in a war. The manual even goes so far as to equate journalism to espionage. “Reporting on military operations can be very similar to collecting intelligence or even spying.”

The implications of the manual extend far beyond the coverage of U.S. military operations, as it could lower the bar on the treatment of journalists across the globe.

“Allowing this document to stand as guidance for commanders, government lawyers and officials of other nations would do severe damage to press freedoms. Authoritarian leaders around the world could point to it to show that their despotic treatment of journalists — including Americans — is broadly in line with the standards set by the United States government.”