Marines should not be expected to choose between being the best parent possible and their career duties, Commandant Gen. David Berger wrote in his planning guidance released to the force Tuesday 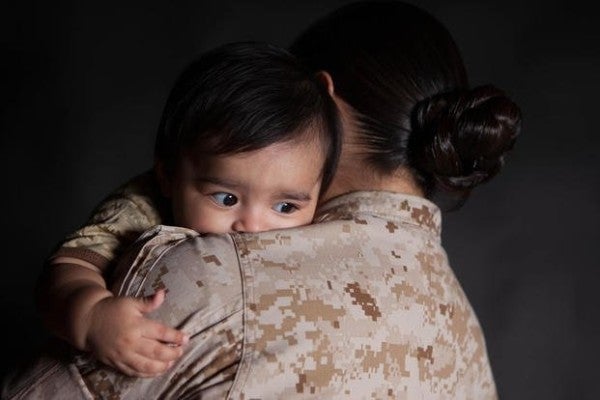 The Marine Corps must update its parental-leave policies to give new moms and dads time with their newborns, the service's new top general wrote this week, including considering a full year's worth of leave for women who've had a child.

Marines should not be expected to choose between being the best parent possible and their career duties, Commandant Gen. David Berger wrote in his planning guidance released to the force Tuesday.

“These outcomes should never be in competition to the extent that success with one will come at the expense of the other,” Berger wrote. “Our parental/maternity leave policies are inadequate and have failed to keep pace with societal norms and modern talent management practices.”

In the future, he added, the Marine Corps “will consider up to one year leaves-of-absence for mothers to remain with their children before returning to full duty to complete their service obligations.”

“We fully support the growth of our Marine families, and will do everything possible to provide parents with opportunities to remain with their newborns for extended periods of time,” Berger wrote.

The commandant's plan would drastically expand the service's maternity leave benefits. Female service members are currently allowed to take 12 weeks off after having a baby. In the Marine Corps, they can take that all at once, or take six weeks off immediately and spread the other six out over the course of the baby's first year of life.

Secondary caregivers are given 14 days of leave under the Marine Corps' current policy.

Berger's plan could even surpass the most generous family leave policies in the private sector. Hewlett Packard Enterprise made headlines this spring when its CEO announced that all new parents would be given at least six months of leave paid out at 100% of their salaries to bond with their new children after birth or adoption.

Berger told Military.com last week that people have always been and always will be at the center of the Marine Corps' mission. As he prepared to release his guidance to the force, he said he was weighing what the service needed to do to retain its best talent.

This is not the first time naval leaders have sought to extend parental leave policies. In 2015, then-Navy Secretary Ray Mabus tripled maternity leave for all sailors and Marines from six to 18 weeks. It was one of several efforts Mabus spearheaded to make military service more attractive to women, including allowing sailors and Marines to pause their careers for up to three years if they wanted to start a family, and making job titles and uniforms gender-neutral.

About a year later, the Pentagon scaled back its maternity leave policies for all the military branches to 12 weeks, leaving sailors and Marines who had babies with six fewer weeks at home.

The issue of paid parental leave has been a hot topic on Capitol Hill and among those running for president in 2020. Politicians on both sides of the aisle support plans that would give more Americans paid family leave.