In a move straight out of Joseph Stalin's playbook, the Russian military has forcibly conscripted an anti-Kremlin activist and sent him to serve in the Arctic Circle 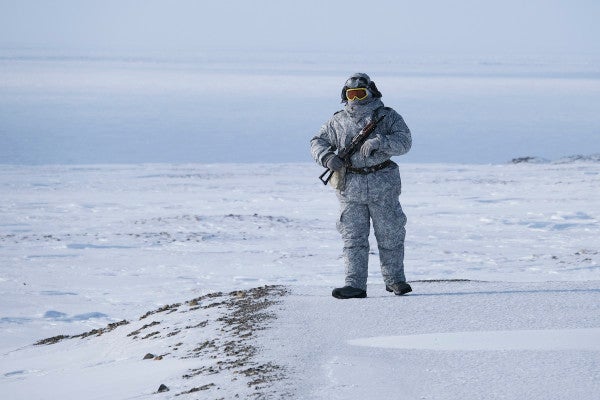 The Kremlin is stalling the opposition.

In a move straight out of Joseph Stalin's playbook, the Russian military has forcibly conscripted an anti-Kremlin activist and sent him to serve in the Arctic Circle, Reuters reported.

Ruslan Shaveddinov, who worked alongside longtime opposition stalwart Alexei Navalny, had his Moscow apartment broken into, his electricity cut and his cellphone remotely disabled Monday, according to Reuters. On Tuesday, he reappeared in the Arctic Circle at Rogachevo air base on Novaya Zemlya, about 1,400 miles north of Moscow.

Shaveddinov was a project manager at the Anti-Corruption Foundation, which is run by Navalny, and he worked on Navalny's unsuccessful 2018 presidential campaign against Vladimir Putin.

Navalny told Reuters that lawyers would be challenging Shaveddinov's conscription, arguing that it was an illegal kidnapping. He also said that Shaveddinov had been denied a cellphone at the base and would have a soldier shadowing him at all times.

Shaveddinov had been fighting conscription, which is mandatory for one year for Russian men between the ages of 18 and 27, for unspecified medical reasons.

Russian officials said the conscription of Shaveddinov and his assignment to the remote base was by the book, Reuters reported.

It's an old-school book. Tsarist Russia and the Soviet Union were notorious for sending political opponents to far flung places of the world's largest country by land mass.