Following the disastrous rollout of a policy this week that delineates U.S. residency requirements for the purpose of U.S. citizenship as it applies to children born abroad, U.S. Citizenship and Immigration Services on Thursday sought to clarify the changes 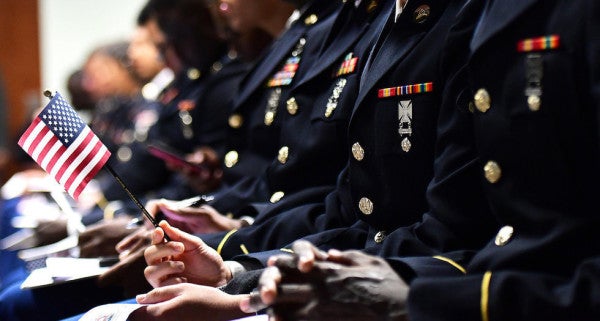 Following the disastrous rollout of a policy this week that delineates U.S. residency requirements for the purpose of U.S. citizenship as it applies to children born abroad, U.S. Citizenship and Immigration Services on Thursday sought to clarify the changes, saying in a conference call with reporters that its data indicate the measure would have affected only “20 to 25 children a year.”

The
policy, issued Wednesday, spells out what the department deems residency in terms of U.S. citizenship considerations of offspring born overseas.

Under the policy, which goes into effect Oct. 29, 2019, children born abroad to U.S. citizens who meet the following conditions “are not considered to be residing in the U.S. for acquisition of citizenship” and must file an application for citizenship:

The new policy unleashed a firestorm of criticism for its poorly worded verbiage, which left many with the impression that USCIS was revoking birthright citizenship automatically awarded to babies born to U.S. citizens, including troops and government employees, stationed abroad.

On the call, USCIS officials said they worked closely with the Defense Department to craft the policy, which will affect U.S. troops who are not U.S. citizens and troops married to foreign nationals.

An official speaking on background said USCIS had been coordinating with the DoD “since May” on the pending change.

“We ran reports of applications we received from APO and FPO addresses overseas — that's the closest we could come to approximate those who might be applying with us from overseas, and it averaged between 20 and 25 per year,” the official said.

During the phone call, USCIS officials stressed that the new policy in no way negates birthright citizenship.

“I'd like to point out this update does not affect birthright citizenship … in the military or anywhere else in the world,” another USCIS official said, reiterating a statement released Wednesday by Acting Director Ken Cuccinelli.

“By law, most babies born to U.S. citizens overseas become U.S. citizens at birth. The new policy ” not affect anyone who is born a U.S. citizen, period,” Cuccinelli said.

The new policy applies to children who live with their U.S. parents abroad but who did not acquire citizenship at birth, including children adopted by U.S. service members abroad, children born outside the U.S. to service members who are not citizens (such as green card holders), and U.S. citizens who do not meet the residence or physical presence rules needed to transmit birthright citizenship.

Under the policy, these parents will have to apply for U.S. citizenship for their child. But in many cases, the application process already was a requirement; they just needed to use a different form, USCIS officials said.

Cuccinelli said the change was made to align USCIS' processes with State Department procedure.

When asked whether they had any regrets for how the policy was introduced, a USCIS official said it was “very difficult to message this highly technical area.”

“It's easy to distort what is actually happening here, which I think is what has happened here for the past day or so,” the official said.