The Department of Veterans Affairs has launched a new system to identify veterans who are at risk of committing suicide,... 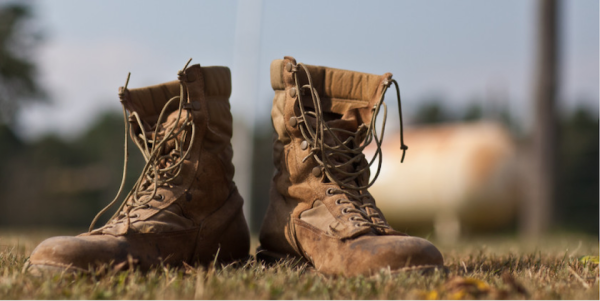 The Department of Veterans Affairs has launched a new system to identify veterans who are at risk of committing suicide, and VA Secretary David J. Shulkin says it’s already having an impact.

“This cutting-edge program is saving lives by identifying at-risk veterans and connecting them with the specialized care and support they need,” Shulkin said in a statementonWednesday.

The system, dubbed Recovery Engagement and Coordination for Health —Veterans Enhanced Treatment Program, or REACH VET, was designed to aid VA clinicians in providing preemptive care and support for vulnerable veterans, even if they’re not actively seeking treatment from the VA.

REACH VET employs an advanced predictive analytics tool that analyzes data from health records to identify veterans who, according to the VA, are “at a statistically elevated risk for suicide, hospitalization, illness, or other adverse outcomes.”

Predictive analytics tools are widely used in both the public and private sectors, and “help organizations discover patterns and trends in structured and unstructured data so they can go beyond knowing what has happened to anticipating what is likely to happen next,” according to IBM.

Some of those veterans identified by REACH VET may not even realize they’re at risk of becoming suicidal, or if they’re prone to developing any of the other potential health problems the software detects.

Once identified, at-risk veterans will be contacted by their VA mental health or primary care provider. The clinicians will check in to see how the veterans are doing and develop a plan for further care if it’s required.

“Early intervention can lead to better recovery outcomes, lessen the likelihood of challenges becoming crises and reduce the stress that veterans and their loved ones face,” said Dr. Caitlin Thompson, national director of the VA’s Office for Suicide Prevention.

The REACH VET pilot program launched in October 2016 and was implemented nationwide this week.

Since 2001, veterans suicides have increased by a staggering 32%. Last year, the VA released a study that found that , an average of 20 veterans took their lives every day in 2014. The REACH VET program is part of a broader effort to reduce that number dramatically.

“One veteran suicide is one too many,” Shulkin said.