These NJ police officers were harassed by their bosses over their military service. They sued the department and won

Bloomfield, New Jersey police officers won $1 million in damages after a jury found they were discriminated against by department officials for nearly a decade because they served in the military 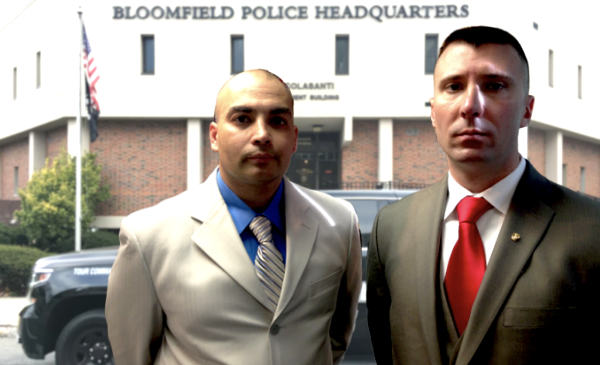 Bloomfield, New Jersey police officers won $1 million in damages after a jury found they were discriminated against by department officials for nearly a decade because they served in the military.

The lawsuit was filed in 2014 with two other officers, Anthony Argento and Michael Frazzano, who has since retired. The suit accused the township and police department of maintaining a hostile work environment, retaliation and discrimination.

Kevin Barber, a Morristown-based attorney who represented the officers, did not immediately respond to request for comment. Bloomfield Township attorney David Pack also did not respond.

According to the lawsuit, Cartagena and McCracken were deployed overseas nine times and were accused of lying about leave time.

The lawsuit claims the four cops were passed over for promotions, targeted in internal affairs investigations and treated with disrespect.

“The department deliberately sought to punish (the officers) for their military service, but also made it clear to other officers that such military service was not compatible or accepted,” the suit said.

McCracken and Cartagena claim in the suit they were subjected to an improper internal affairs investigation concerning the use of the military time, and the department requested the Essex County Prosecutor's Office conduct a criminal investigation.

Former township Police Chief Christopher Goul and former Lt. Richard Chiarello, who conducted the investigation, were named in the suit, along with several other township officials.

They also allege the department has had a history of terminating several officers who were veterans or forcing retirement, harassing former military members through investigations and passed them over for assignments and overtime.